We’ve collated our favourite smiley face-themed products to brighten up your January. From happy hand-blown drinking glasses to textiles decorated with beaming faces, this edition of Wrap Loves is sure to turn your frown upside down, even if it is concealed by a mask.
15.01.21 Words by Stephanie Hartman

Cardiff based maker Cadi Lane is a pro at turning spools of wool into colourful rugs, wall hangings and decorative textile pieces. Sporting comical faces with exaggerated sausage smiles and sad expressions, she uses a traditional tufting method to form her fluffy friends. Having perfected circular rugs, she has recently added flowery additions with equally cute faces to the mix. They are currently only available to buy via her Instagram page so keep an out there for new releases. 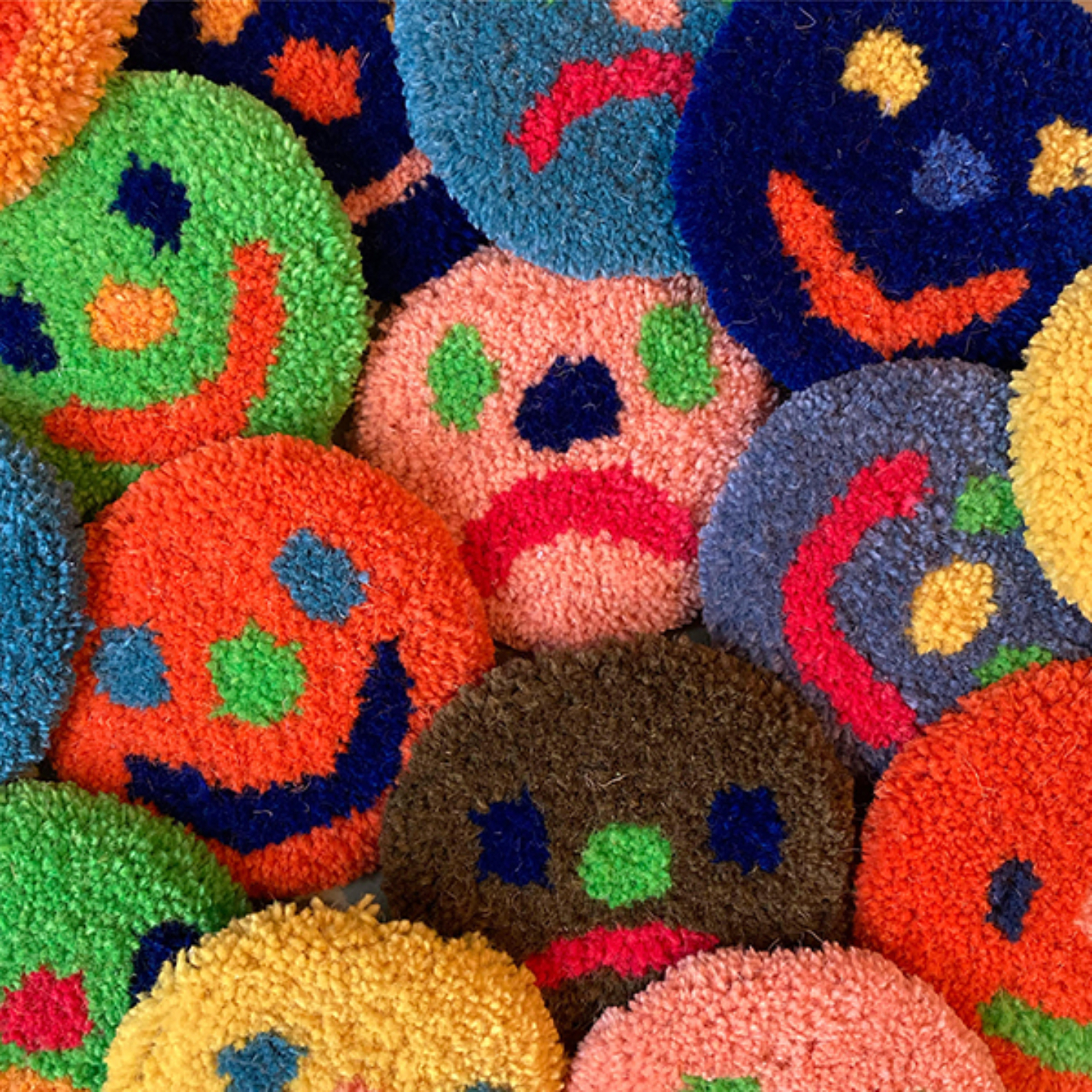 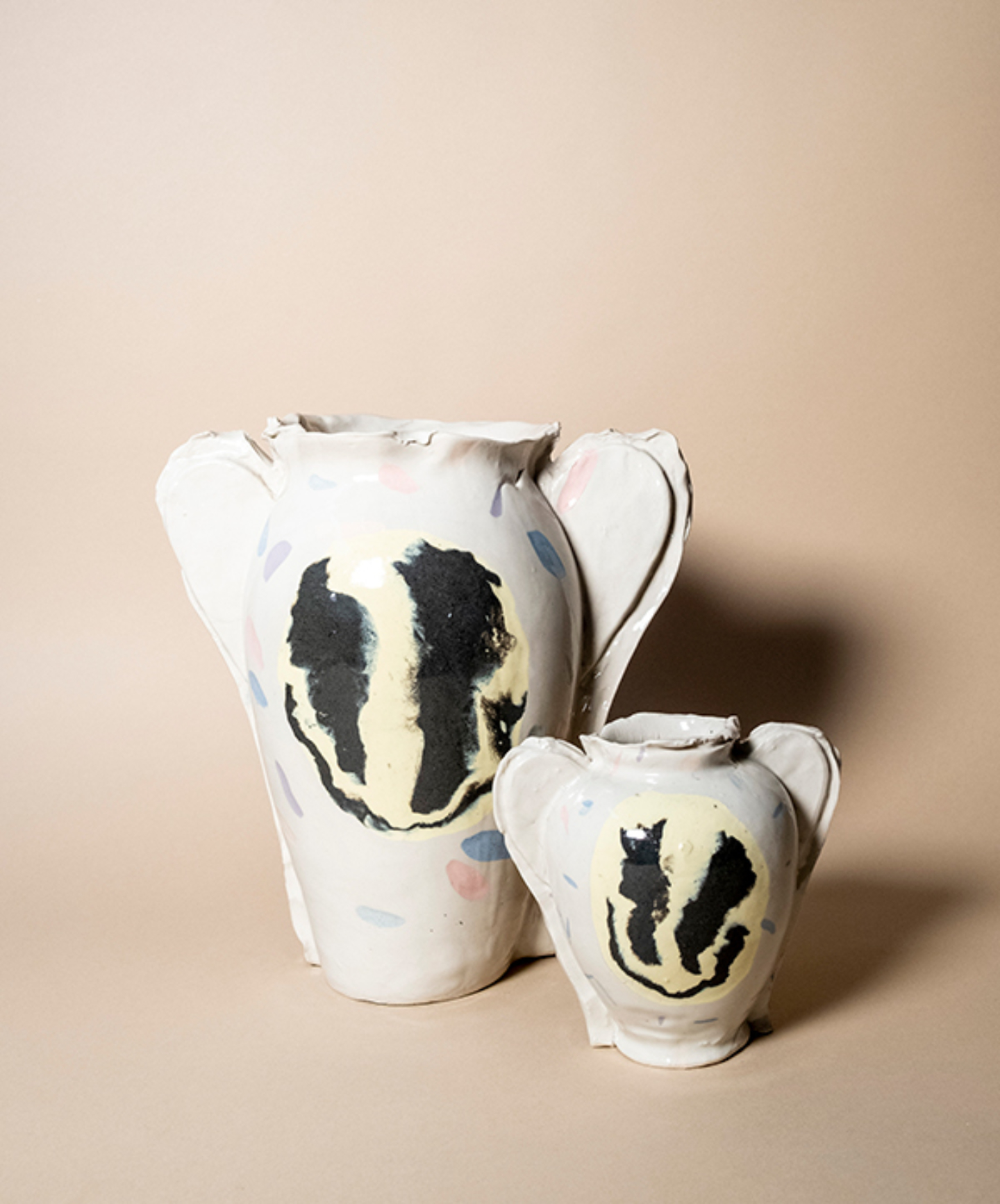 Founded by Malmö based designer Siri Skillgate, Dum Keramik which translates as ‘silly ceramics’ is a project with fun at its core. An antidote to perfectly polished ceramics, it instead offers shaggy-edged pots and vases with warped smiles applied as if they’re sliding straight off the stoneware.With an emphasis on small scale, sustainable production but utilising her experience as an industrial designer, everything is made by hand in her basement studio. (Photo credit: theodeto.com)

Designer Lindsay Degen bought one of these glasses at an art fair back in 2012. A few years on, her (clumsy) flatmate accidentally broke what had then become her prize possession. With Lindsay unable to remember who had made it, her partner started scouring the web, writing script, and algorithmically sorting a list of artists who had been at the fair – finally finding glass artist Neal Drobnis! It took a little persuading, as Neal had no intention of making more, but Lindsay managed to convince him not only to make her a new one, but to go into business with her so we can all quench our thirst in style too. Each charming vessel is unique – made from scraps in Neal’s studio and blown by hand. If that doesn’t put a smile to your face, we don’t know what will.

The next drop will be available on Friday 15 January, 3PM EST. 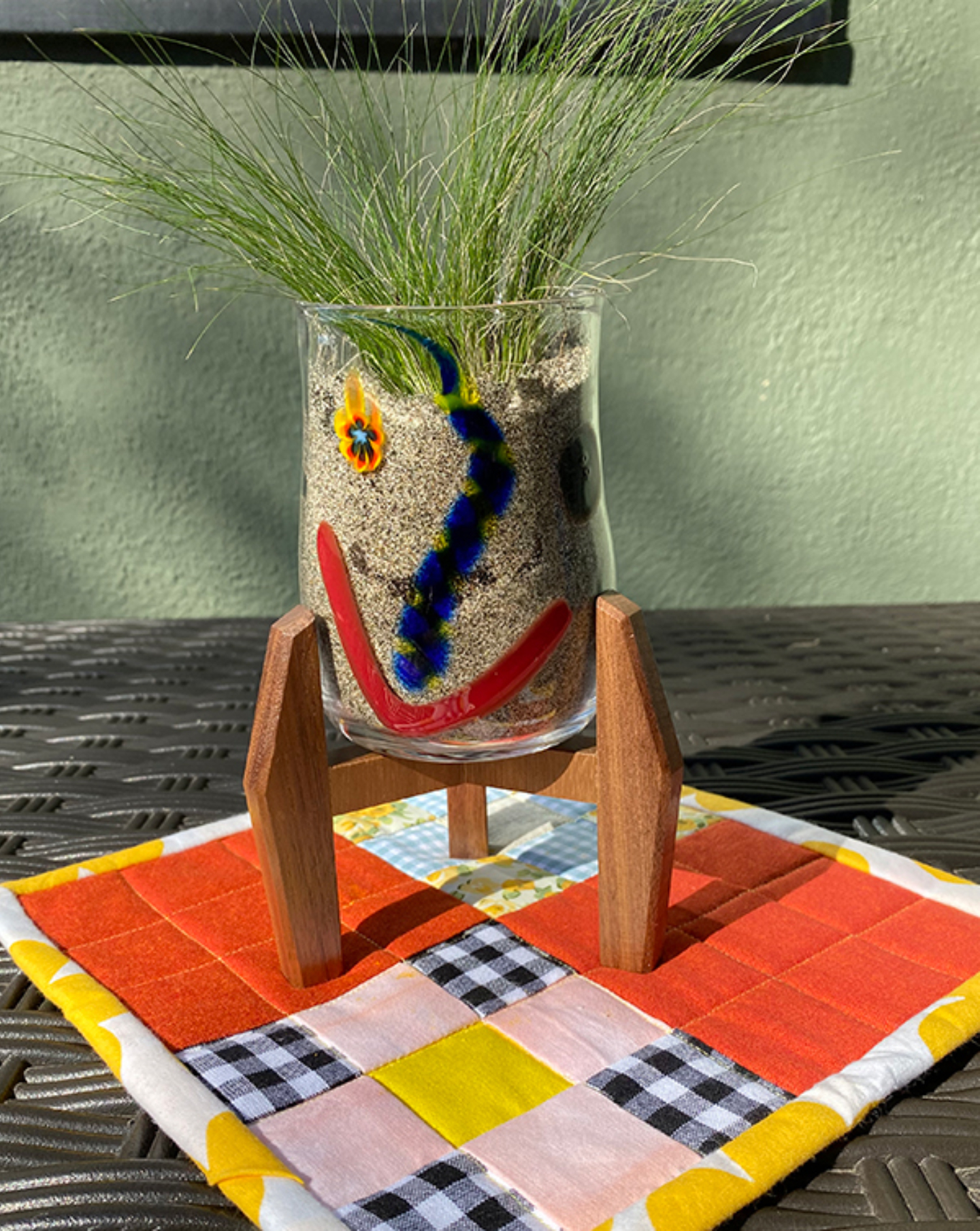 Sequoyah Johnson, founder of The Coy Collection, makes homeware that will make you grin from ear to ear. Simple but super cute, her small batch ceramics made in Austin, Texas span mugs, beakers and pots that are hand-finished with happy yellow faces. Cheer up your morning coffee with a cup dotted with tiny smiles, or perk up a plant in need of a new pot.

Sequoyah’s pieces always sell out quickly so keep an eye out for the next drop on Friday 15 January at 10am CST.

Jean Jullien and Jae Huh have been collaborating since their uni days. Meeting at Central Saint Martins in 2006, they began working on screen printed clothing and playful embroidered pieces together for fun. Those early days projects sparked something great, and now, alongside successful solo careers, they run NouNou – a creative label started in 2016 boasting apparel, jewellery and glassware. This ‘Button Eater’ jacket, with its cheeky pocket chomping down on the fastenings, is sure to cheer up its wearer, and anyone else they pass on the street. 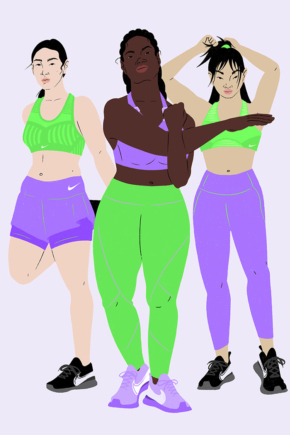 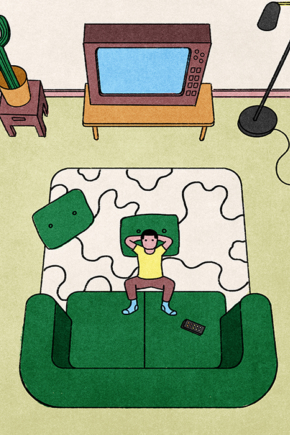 Next Story Klaus Kremmerz on seeing himself as a storyteller