Our editorial content spans interviews, features and short-form articles that shine a light on beautiful creative work and the people who make it. Our content approach is celebratory yet confident, digging deep on both processes and personalities through insightful reporting and arresting imagery. Our print publication is unique: designed to be read, but also to be reused as wrapping paper. Five large original artworks appear as perforated pull-out prints in each edition of the magazine, allowing readers to use these as wrapping paper or prints and actively help to share the work of the artists with their friends and family. And both online and in print, Wrap magazine’s output is underpinned by a continuous drive to push the potential of what we can do and how we do it.

Wrap is proud to work with some of the most talented and exciting illustrators and designers from around the world, collaborating with them on stationery and products including greetings cards, wrapping paper, notebooks, trays and scented candles.

Using only the highest quality, responsibly-sourced materials and processes, our pieces can be found on the shelves of many leading design and lifestyle stores around the world from department stores such as Liberty, Selfridges and The Conran Shop, to galleries including Tate Modern, the Barbican Centre and the Museum of Contemporary Art Chicago to stores such as Scribbler, Paperchase, Oliver Bonas and New York’s Greenwich Letterpress. 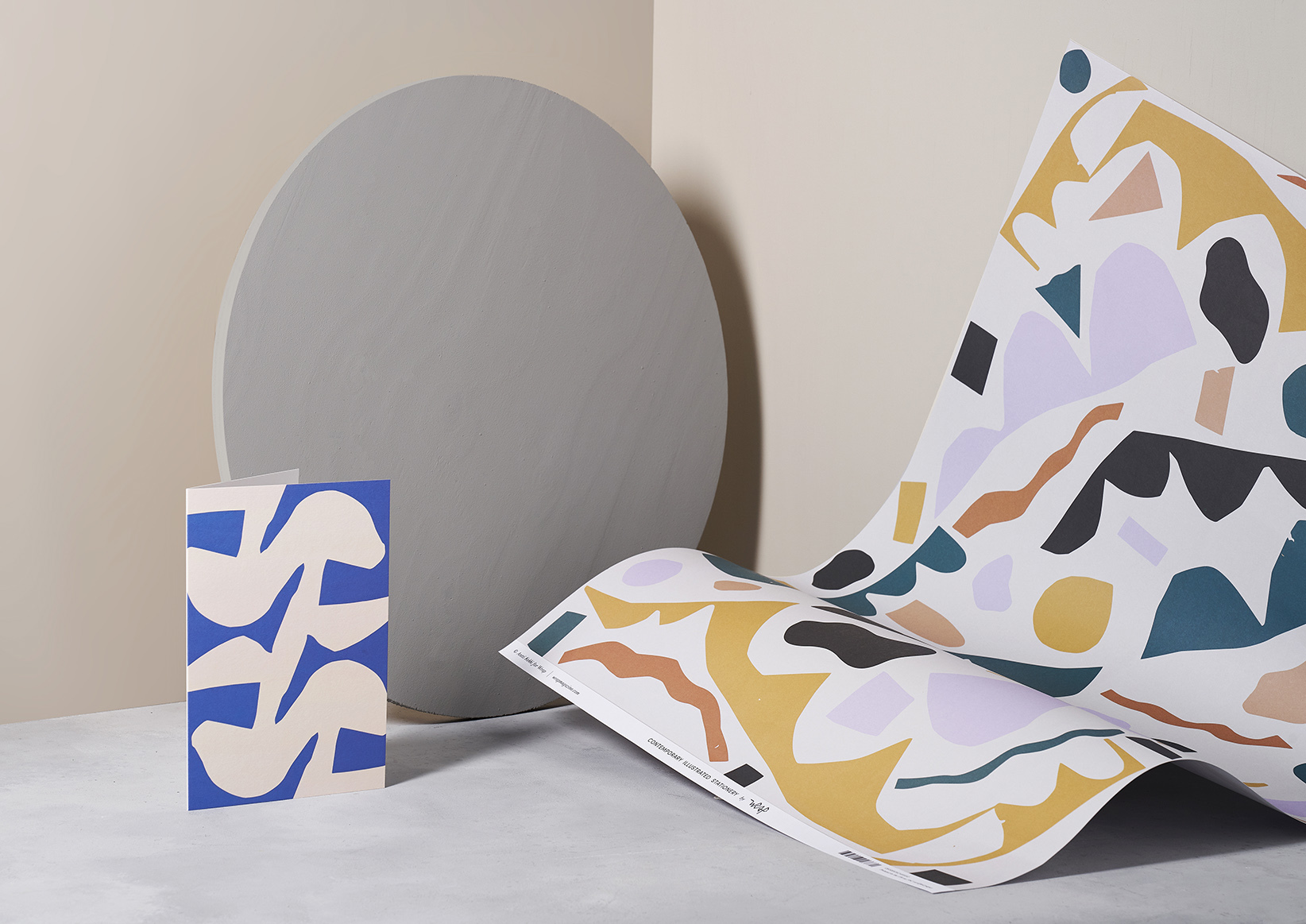 We wanted to do a project outside of our day jobs (we both worked in design) and to find a way for it to involve and showcase lots of designers/creatives work. A magazine seemed like a good way to do that, and having recently discovered The Newspaper Club [an initiative allowing anyone to print short runs of their own newspaper] we’d realised that print was quite an accessible way to make products in the UK. The unstapled broadsheet format also inspired the idea of reusing the sheets of the magazine afterwards as wrapping paper – we thought it would be interesting to print big artworks on one side of each sheet, and have interviews and features on the other.

What have been the biggest changes to Wrap since its founding in 2010?

The magazine has developed a lot – our content has become much richer and more in-depth, and with a more contemporary aesthetic, and having started as a big A3 pull-apart magazine, Wrap’s now smaller and more of a traditional magazine format, but still with pull-out sheets of wrapping paper.

But the biggest change to the business overall has been the move into making products, which we started in 2013. Meeting so many brilliant people through making the magazine showed us that there was a bigger potential to Wrap and more we could be doing with the illustrators we knew.

How do you usually find the illustrators you work with?

We find lots of people through Instagram, as well as visiting graduate shows, exhibitions and looking at other magazines and newspapers. We’re also lucky that lots of people get in touch with us to share their work.

What sort of imagery excites you, and makes you want to work with the person who made it?

A new approach or a new feeling in someone’s work that we’ve not seen before – that’s the most exciting thing. Impressive skills and pushing boundaries in the way something’s made is exciting too. It’s quite an instinctive thing really, and we just sort of know when we’ve seen someone new who would be good to work with.

What makes a great collaboration?

When the brief and the project really allows for the artist’s strengths and talents to shine, and when everyone involved is excited and up for it, and also open to listening and responding to feedback from each other. We try to push people, and it’s really cool when the person we work with is excited by that and up for going that little bit further. 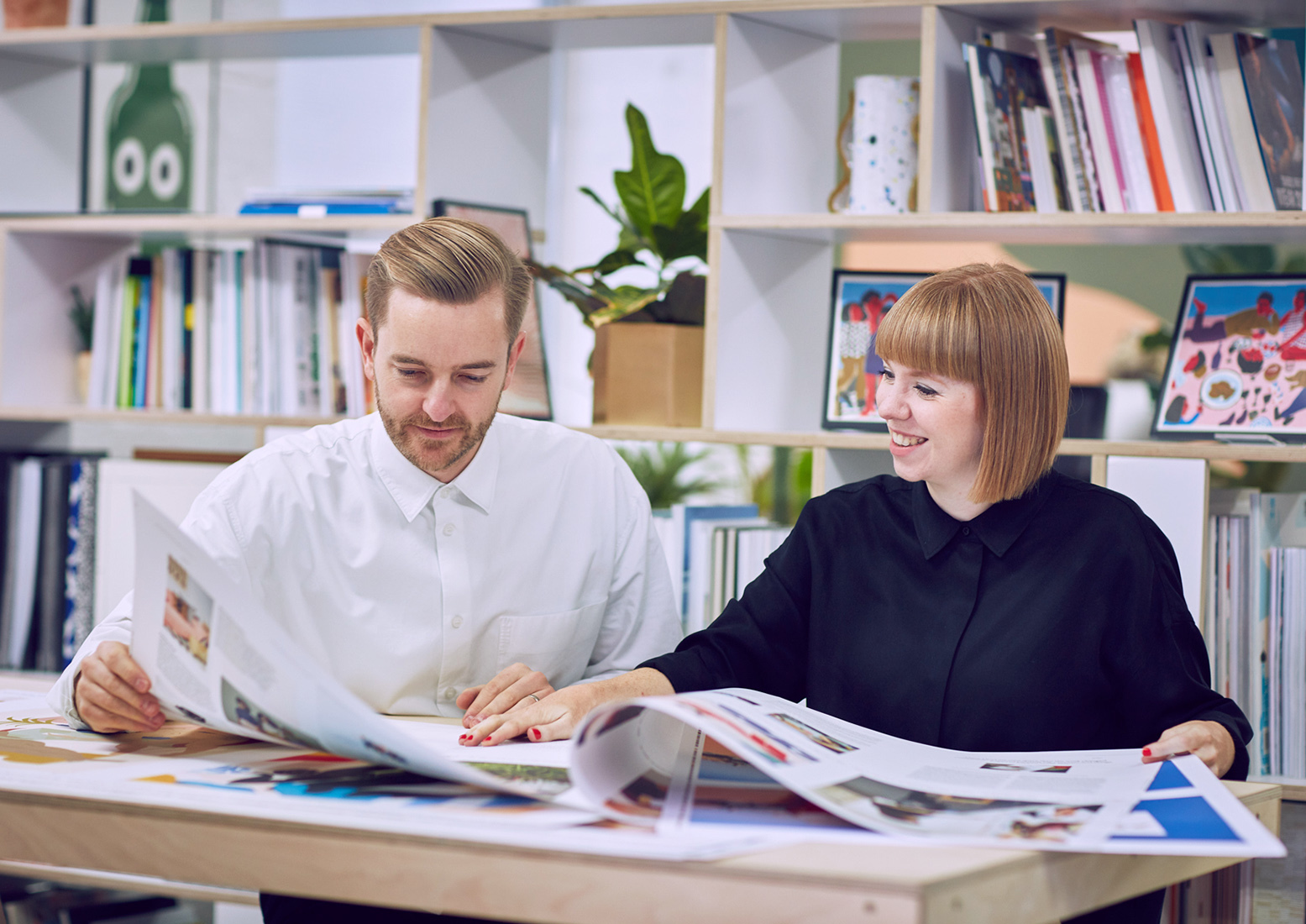 Which Wrap projects are you most proud of?

We’re really proud of all of the projects we’ve worked on. We love the whole process of collaborating with illustrators to create new ranges for the stationery collection; it’s really exciting getting the first samples back from the printers and seeing how everything has come out. Making a new edition of the magazine is always a great feeling too (and a relief!). So much work goes into it from our side, and by all the brilliant contributors we get to work with – so it’s nice to see the physical result of all that work, and seeing it out in shops for readers to discover.

Hearing that by promoting an illustrator’s work – either through the magazine or our products – has lead to them being commissioned for other projects is always brilliant, and is what we aim for by running Wrap. But the best thing is definitely all the people we get to collaborate with, and how lucky we are to work with such great human beings everyday.