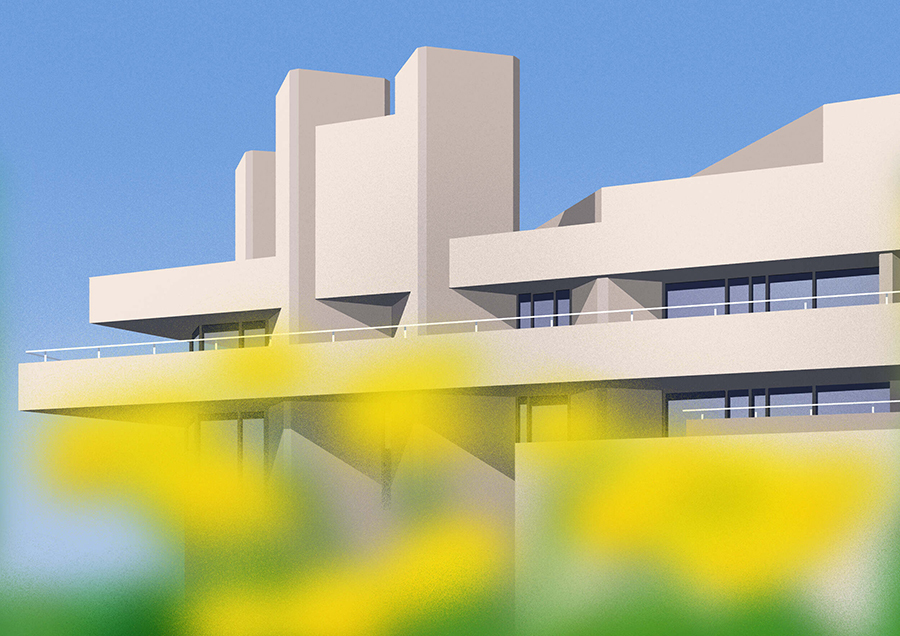 From intricate cityscapes to snapshots of immense barely-adorned exterior walls, Kieran Gabriel’s digital illustrations are a close-up on the overlooked urban spaces that are a part of many of our daily lives. With a stripped-down colour palette that plays with light and shadow, his striking designs are a reminder of how appealing the nondescript can be, when given close attention. "I suppose I’m most interested in the familiarity of the mundane,” he tells Wrap. "My subjects are everyday scenes that anyone could recognise and resonate with.”

Currently living in London, Kieran’s illustrations showcase various scenes that will be familiar to those living in the capital, such as the Elephant and Castle shopping centre, Parliament Hill running track, and Earlsfield pub corners. Other designs are references to the urban landscape of Birkenhead and it's surrounding Merseyside, where Kieran was raised, or to Blackpool, where he studied for his degree in illustration. "The environment I grew up in certainly features a lot in my work. Many of my subjects are Northern streets and estates,” he explains. However, there's a universal appeal to the illustrations which means each scene feels recognisable, even if you’re not entirely sure if you’ve seen it before.

Until recently, Kieran worked full-time as a graphic designer, with only spare moments to work on illustration. However, when the 2020 lockdowns meant that he found himself furloughed from his job, Kieran discovered a lot more time for his own artwork. To create his illustrations, Kieran begins with a photograph of his chosen scene. Working from a desk in his living room, he uses a Wacom tablet and pen to construct in Photoshop designs that retain the essence of the original, yet have a character of their own. "I enjoy deconstructing a scene to its fundamental aspects,” he says. "Taking away as many unnecessary details as possible whilst keeping what makes the scene recognisable and interesting.”

Kieran frequently works on personal commissions from clients who want him to showcase their own urban corner. "I’ve just finished a commissioned piece of a back alley club in Manchester, that I would imagine the majority of people would dismiss as ugly!” he says. "I think people are so accustomed to seeing these buildings, estates, high-rises, terraces, etc. that they become almost invisible. But they’re a part of British scenery and identity, and in my own way I’m trying to shine a light on their hidden beauty.” 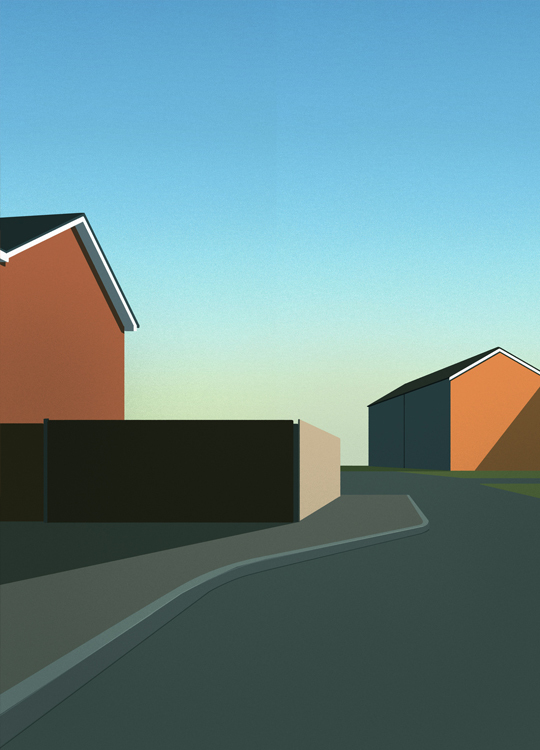 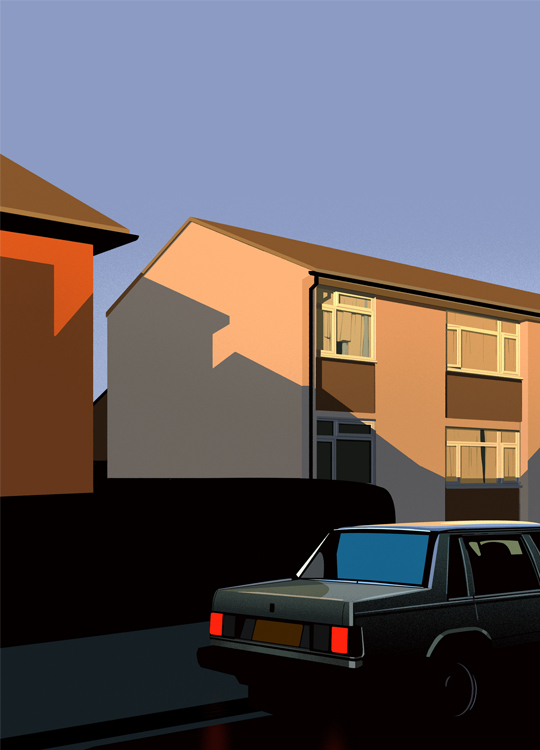 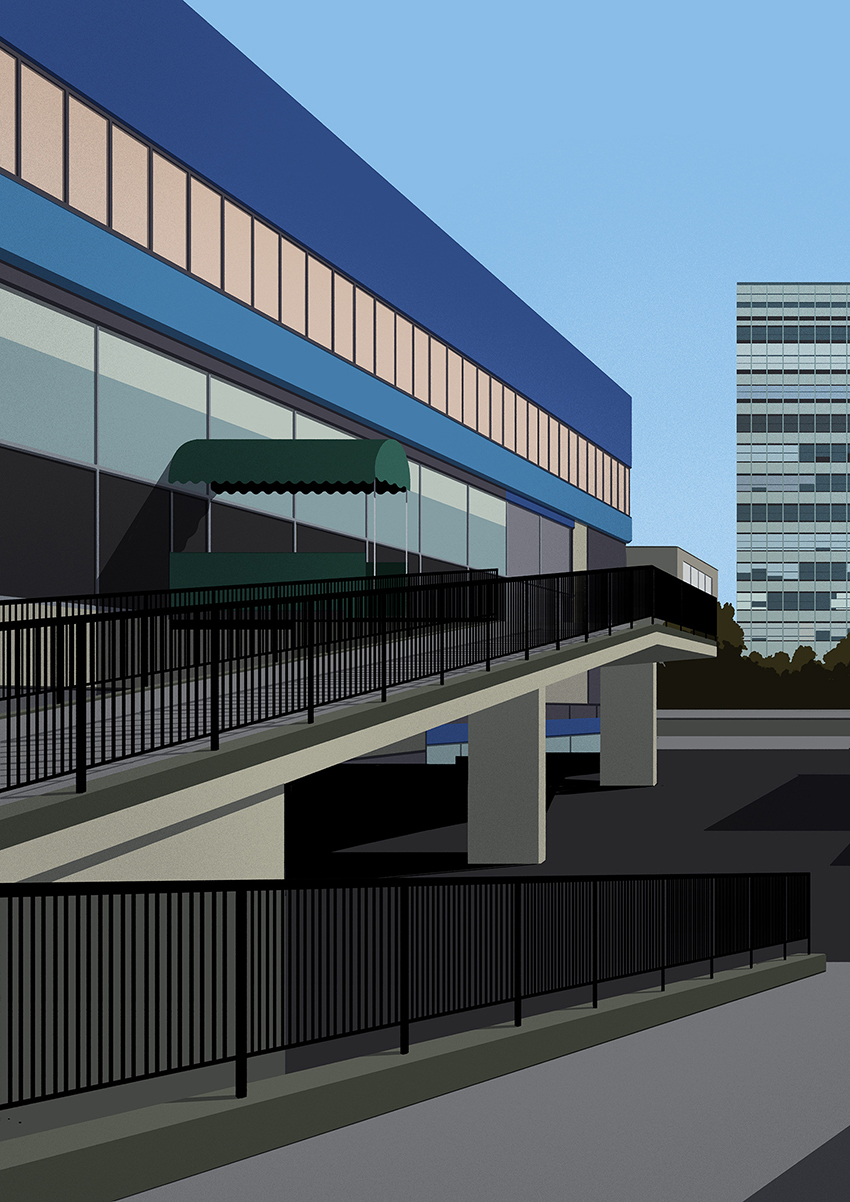 Kieran Gabriel
"I suppose I’m most interested in the familiarity of the mundane. My subjects are everyday scenes that anyone could recognise and resonate with.” 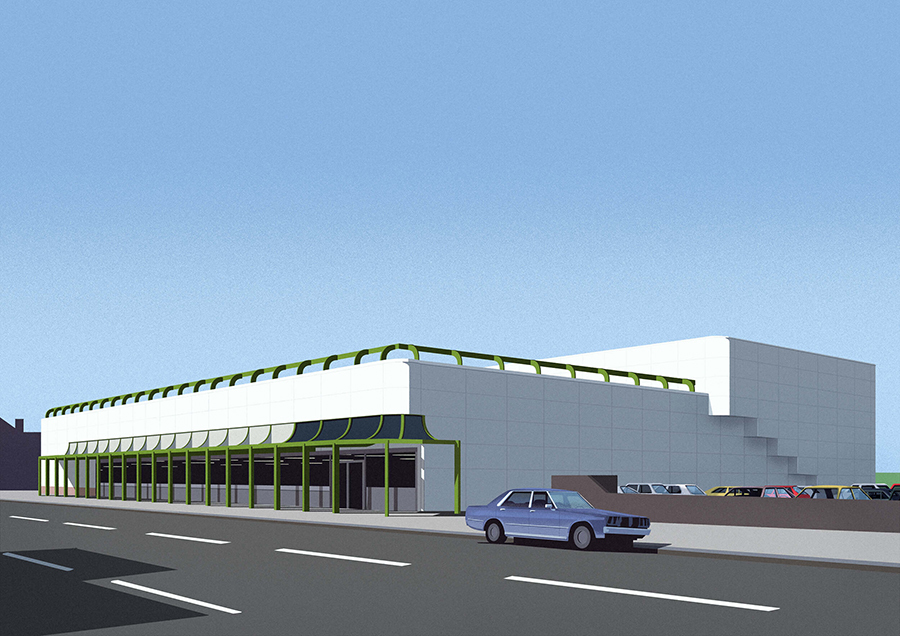 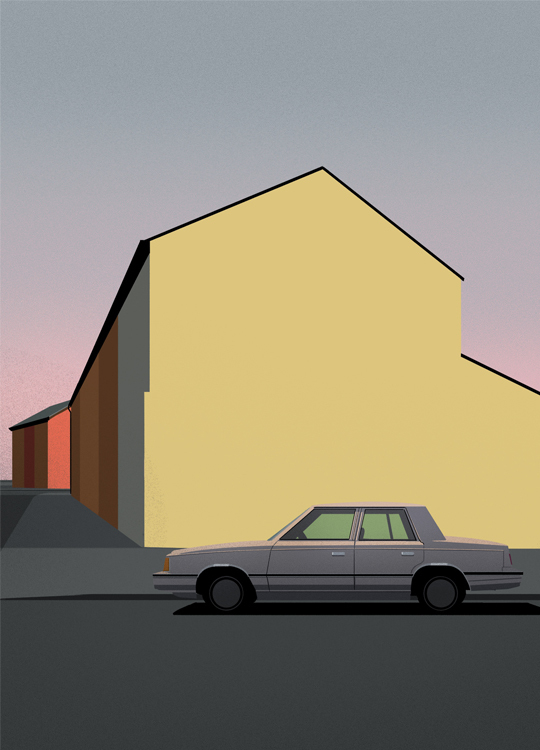 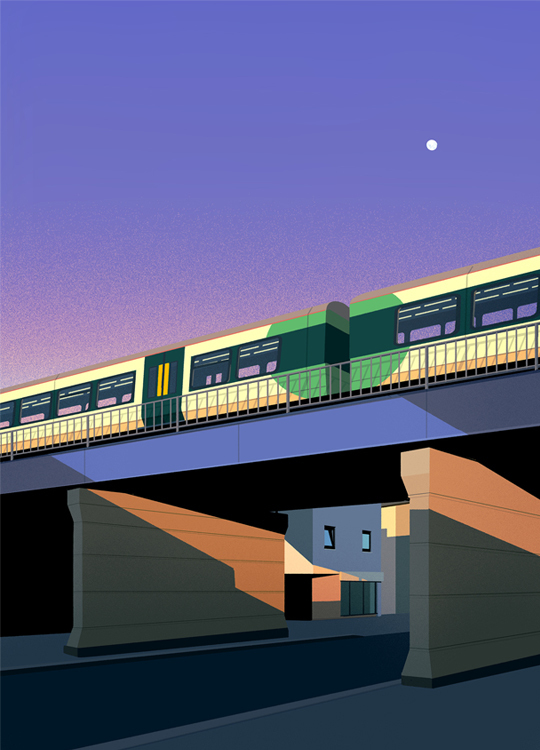 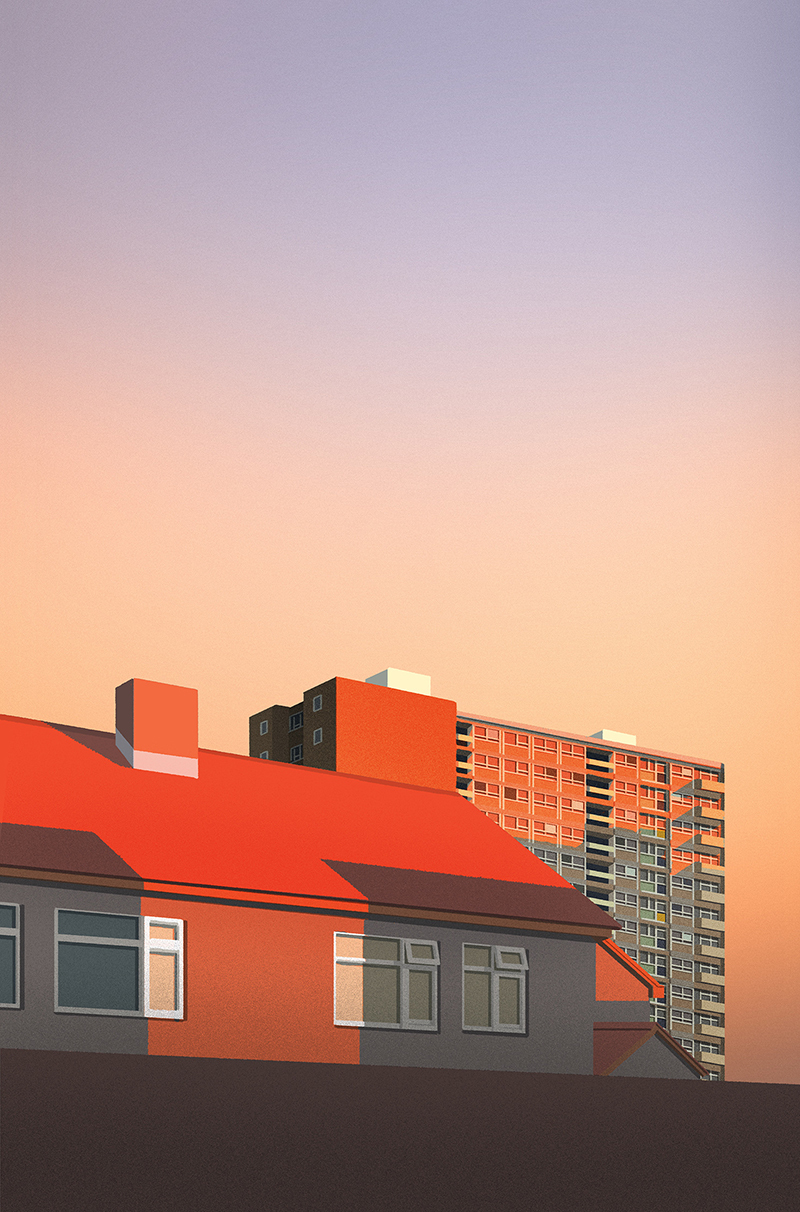 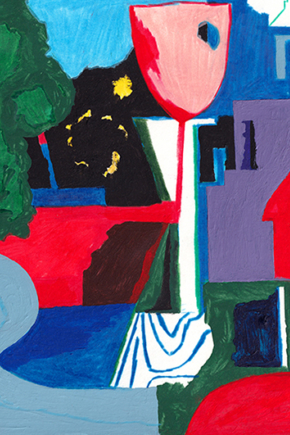