A diary of painted cities
18.03.21 Interview by Hannah Valentine

A diary of painted cities

Illustrator and artist Daniel Clarke’s new book of paintings is a vibrant record of his European adventure in early 2020 (pre-pandemic!). We caught up with Daniel to hear about the trip and the inspiration behind his new body of work.
18.03.21 Interview by Hannah Valentine 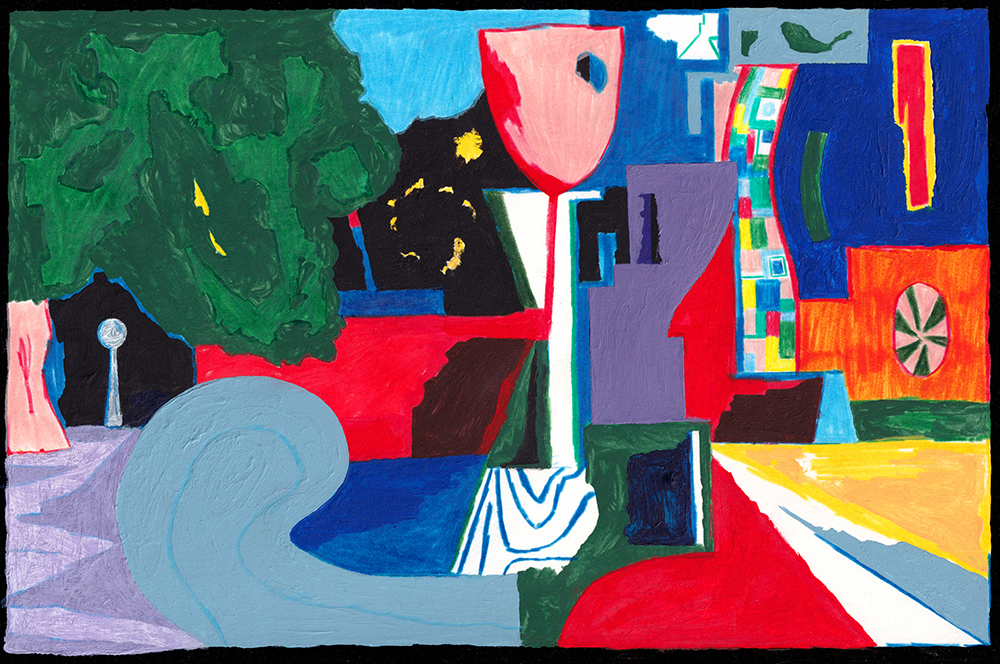 At the beginning of 2020, just before the world-changing events of the Covid-19 pandemic began and borders began to close, Daniel took a trip to Europe. On a train journey from Berlin to Rome, he stopped off in Munich, Verona and Milan, taking photos and sketches of the architecture and urban landscapes he encountered while traversing the cities with his skateboard and sketchpad. On his return home to London, Daniel turned these records of his adventures into 2020, a book of paintings which he calls "an abstracted memoir of the journey”.

Painted in a mixture of acrylics and oil pastels, these artworks are representative of Daniel’s signature style—bright abstract urban scenes, made up of vibrantly-coloured geometric shapes in collage-like layers—which emphasises the unique character and experience of the city he depicts. We talk to Daniel about his trip, about finding inspiration through travel, and about what his abstract style means to him.

Your new book of paintings, 2020, was inspired by your trip across Europe last year. Tell us a bit about it...
The plan was simple, to just get on the train and see what happened, I took all my drawing bits with me (gouache paints, polychromo pencils, A4 sketch books), three rolls of film and my skateboard. I have a small shoulder bag which fits an A4 sketch book and other bits, so I would just take this out with me and start exploring the city on my skateboard as soon as I arrived. I started sketching while on the train between Berlin and Munich and by the end of the trip I’d filled both of the sketchbooks I’d brought! I started to paint some of these up while in Italy. Overall, I ended up creating a lot more artworks than I’d expected which led to the thought of putting them all together as a book. The idea is that it works as a diary or journal to remember the adventure. When I got back home, I realised how lucky I was to have squeezed that trip in just before the borders closed and lockdowns began!

What was the process of getting it made into a physical book, once you’d finished the paintings?
I laid the book out myself in a similar order to the sketchbooks. Originally, I was going to place the film photos I’d taken inside the book as well, to give some more documentation, but after laying it out I realised that the photographs just distracted from the story the paintings told.

Daniel Clarke
"I have a small shoulder bag which fits an A4 sketch book and other bits, so I would just take this out with me and start exploring the city on my skateboard as soon as I arrived."

It looks beautiful. Are you happy with how it turned out?
I'm really happy with how it all came together in the end. As the paintings are quite loosely themed and some were initially just experiments, I was worried that they may not sit so well together. It went through quite a few phases in order to get it right, but looking at it now, it feels like a solid piece of work which provides some good memories in an otherwise difficult year.

On your journey, how did you decide which places to sketch?
This came quite naturally. I’m repeatedly drawn to particular landscapes and compositions, usually based on the mix of shapes and contrasting structures within the architecture or landscape. So as soon as something caught my eye I’d sit down on my skateboard and sketch away. It helped if it was a nice environment to sit down in, as I could then spend a while there, maybe even finishing the final artwork on the spot. One piece I really enjoyed creating was of the Museo dell’Ara Pacis, in Rome. The sun was blazing and there was a little plaza with a fountain outside the museum. It was a really relaxing place to hang out and draw. 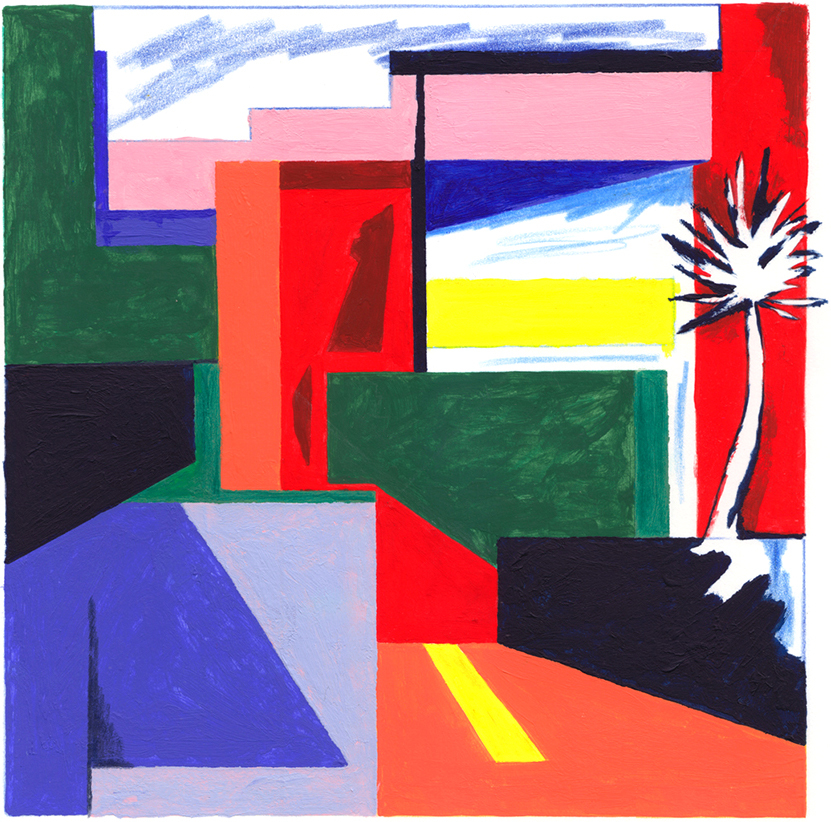 Daniel Clarke
"I’m repeatedly drawn to particular landscapes and compositions, usually based on the mix of shapes and contrasting structures within the architecture or landscape. So as soon as something caught my eye I’d sit down on my skateboard and sketch away." 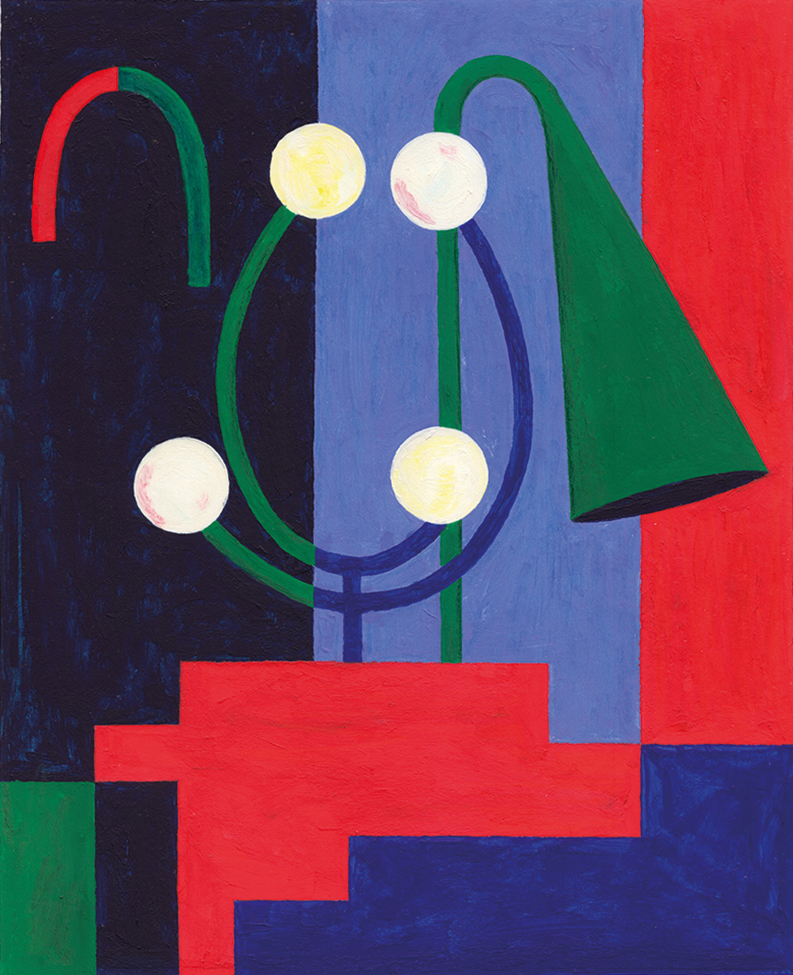 Do you find that drawing these urban landscapes helps you get to know the personality and character of a city?
Documenting it either through drawing or photography is definitely the way I get to know a place. I think it’s because of my skateboarding that I tend to portray the places I visit through their architecture and design. Since I was a teenager, I’ve been used to always examining the angles and shapes of places, looking for places that would be good to skate. Every city has its own architectural style which influences its own unique spots. Searching for these structures has become a natural instinct, and has found its way into my artworks. But the people and nature of a city have a huge impact on discovering the personality of a city too.

Has travel always been an important source of inspiration for you?
Definitely! Stepping outside with my sketchbook is my biggest source of inspiration. When I try to draw at home or in my studio I often get a block. I will draw from photos or memories from my travels, but it can feel like something is lacking. Being actually present in the environment I’m drawing brings so much more to the artwork. I’ll often notice details that you wouldn’t find within a photograph which I can then incorporate into the composition. 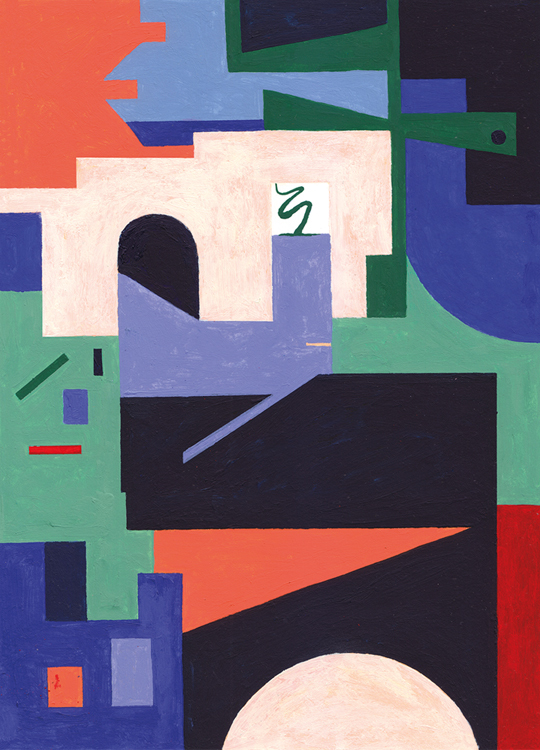 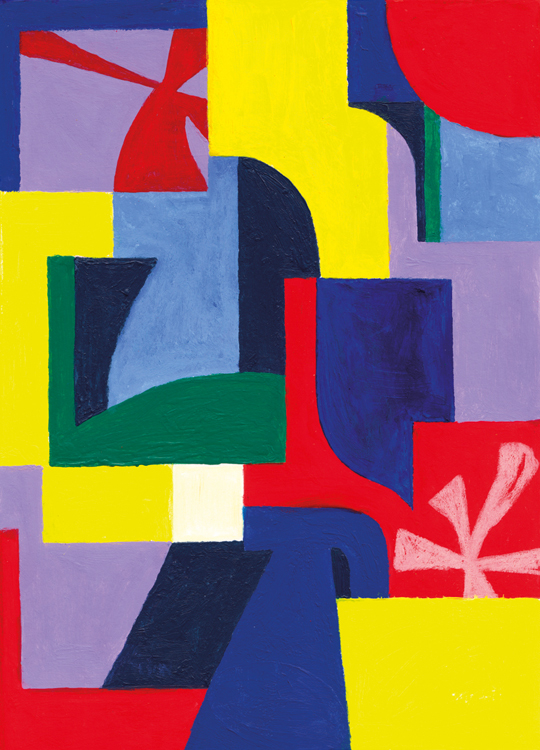 Daniel Clarke
"Being actually present in the environment I’m drawing brings so much more to the artwork. I’ll often notice details that you wouldn’t find within a photograph which I can then incorporate into the composition." 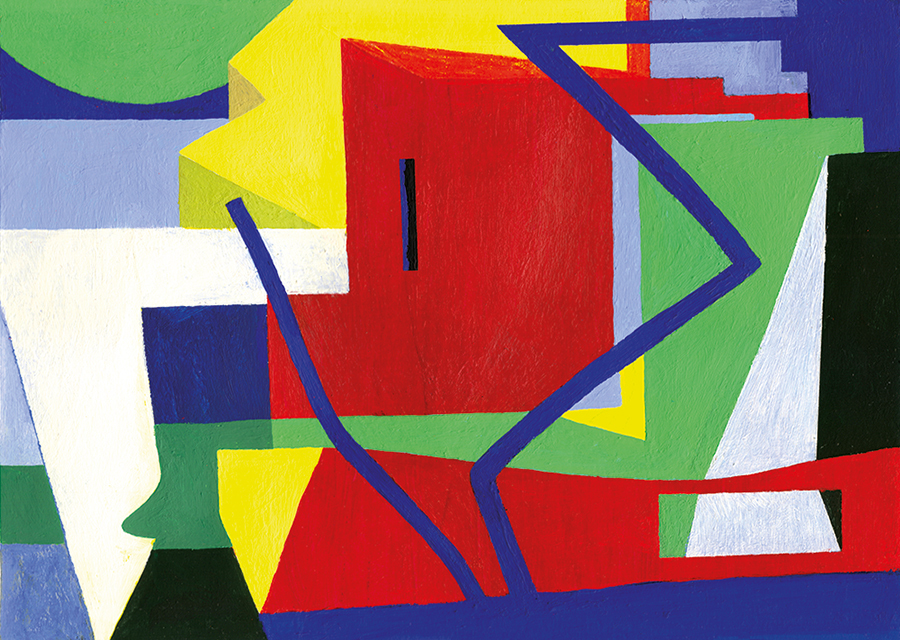 Why do you choose to depict these places in an abstract rather than a realist approach?
I'm attempting to capture the atmosphere and mood through the use of colours and shapes. The details come as an afterthought these days. Personally, I can capture more about a place through this technique as it represents the feelings that I had while I was there. So there’s always a personal connection within the drawing. If someone else can feel something from that too, then that’s a nice bonus!

And finally, what's next – any exciting projects in the pipeline for 2021?
Since creating this book I've received a few commissions to create some large-scale paintings in a similar vein, so that's something I'm really excited about. I've also been working on lots of personal paintings, so once I have a bunch together I can work on an exhibition or a new book. Other than that, I've just finished up two book projects with Penguin and Nobrow's new project 'Imprint 27' which I'll be able to share with the world soon! 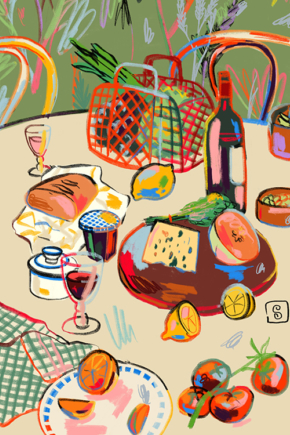 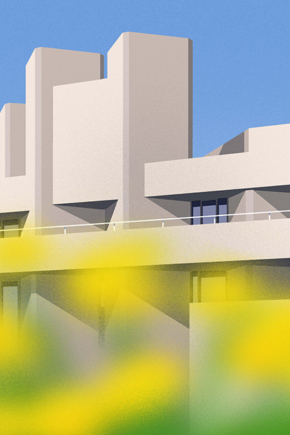