Lose yourself in Ana Popescu’s paintings from Japan
16.04.20 Words by Hannah Valentine

Lose yourself in Ana Popescu’s paintings from Japan

During her recent Japanese residency at Studio Kura, the visual artist created colourful new work that draws us in, and celebrates the overlooked corners of everyday spaces.
16.04.20 Words by Hannah Valentine 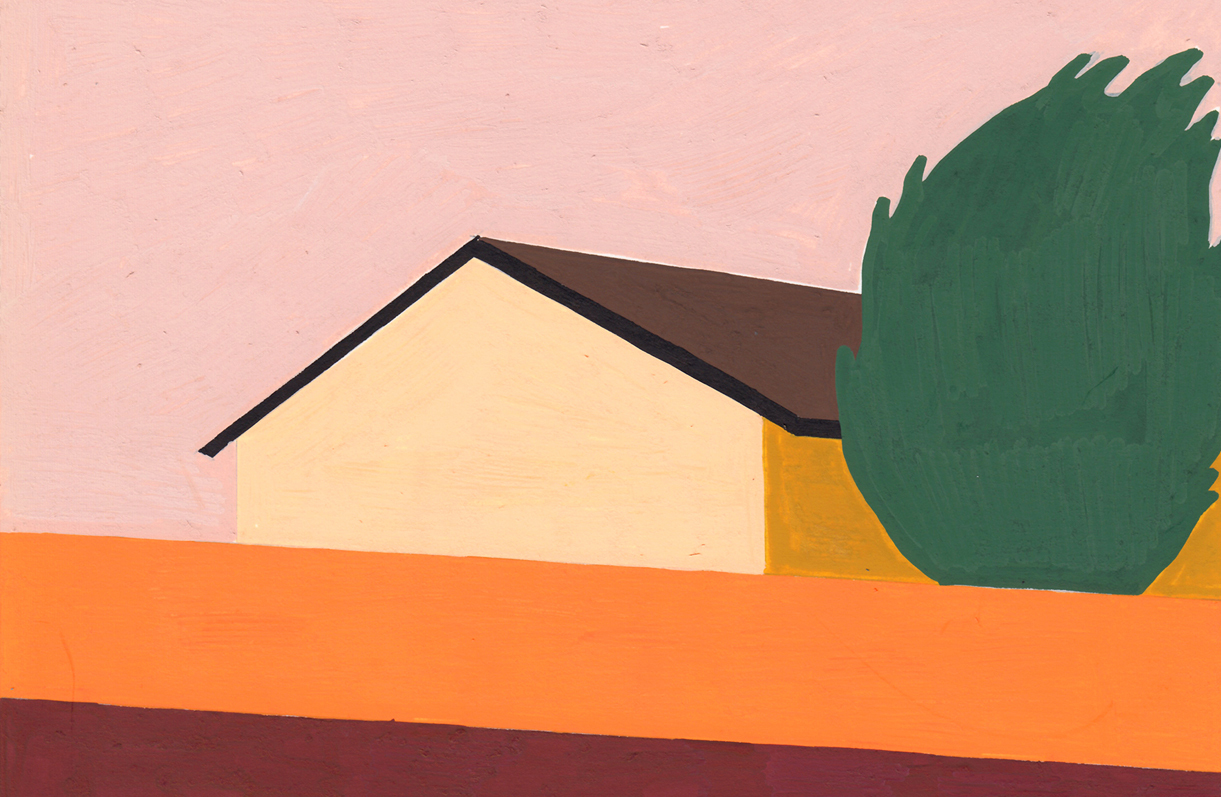 Visual artist Ana Popescu is a space explorer. Not the kind who sets off in a rocket, but the sort who, through her fresh portrayals of places and environments, invites her viewers to re-examine the everyday spaces they inhabit.

On a recent month-long residency at Studio Kura, in Fukuoka, Japan, Ana photographed a “visual diary” of the places that intrigued her as she wandered around the rural Japanese town. From the photographs, Ana recreated these spaces using acrylic paint and Molotow markers, developing a beautiful new series of boldly-coloured, graphic paintings. “During the residency, I had, for the ﬁrst time in years, time for my personal projects,” Ana explains. “The environment there was so quiet which really focussed my creativity. I was able to take the time to reﬂect on what I was doing.”

Looking at Ana’s work, her thoughtful consideration of the place is obvious. The precisely coordinated colours of the various buildings emphasise the bright blues of the sky and greens of nature, while subtle shades and brightened hues draw our attention to the way the light hits these objects differently.

“I wanted to focus on the relationship between humans and nature in rural Japan,” Ana tells Wrap. And while no people actually appear in Ana’s paintings, the strict lines and careful geometry of the manmade buildings and objects stand in for the human presence, contrasting with the natural silhouettes of the trees and hedges that surround them.

Ana explains that she really sought to capture the spirit of the place where she was staying. “The spaces and buildings I chose to photograph and draw, were the ones that I felt were most representative of the place,” she says. “The corner of a house, the shade of a tree – it’s all about the small things,” she says. 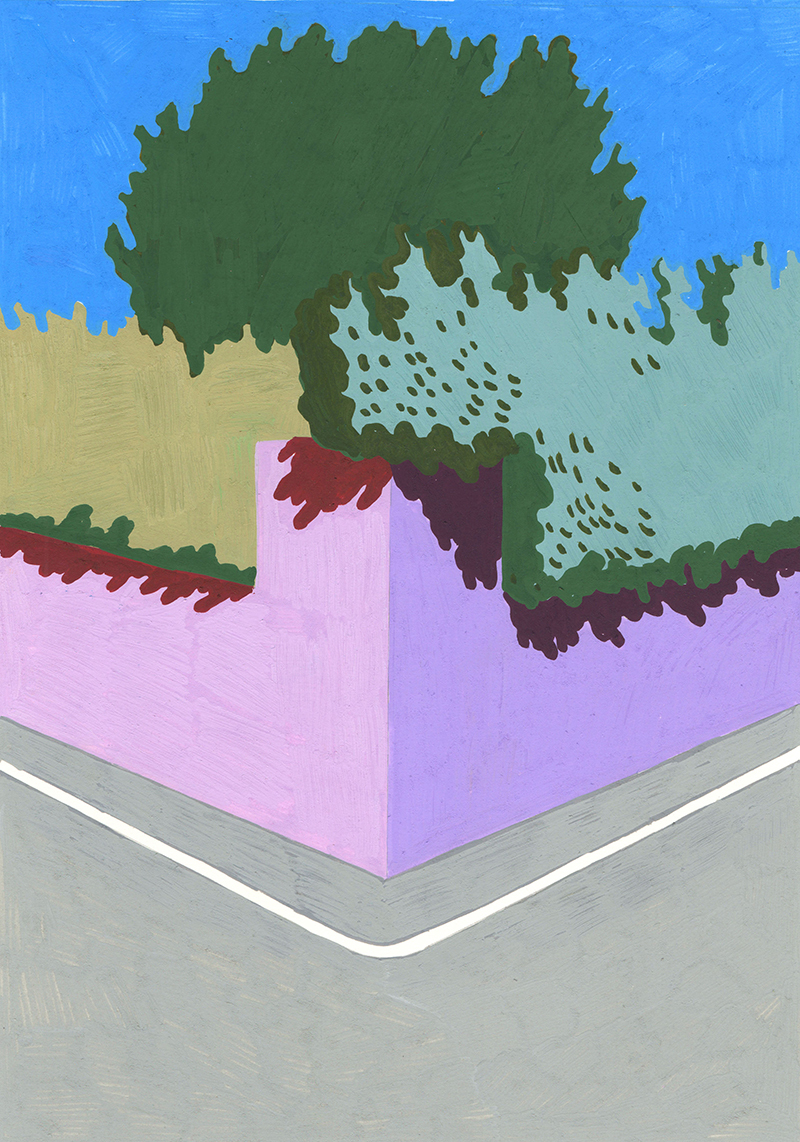 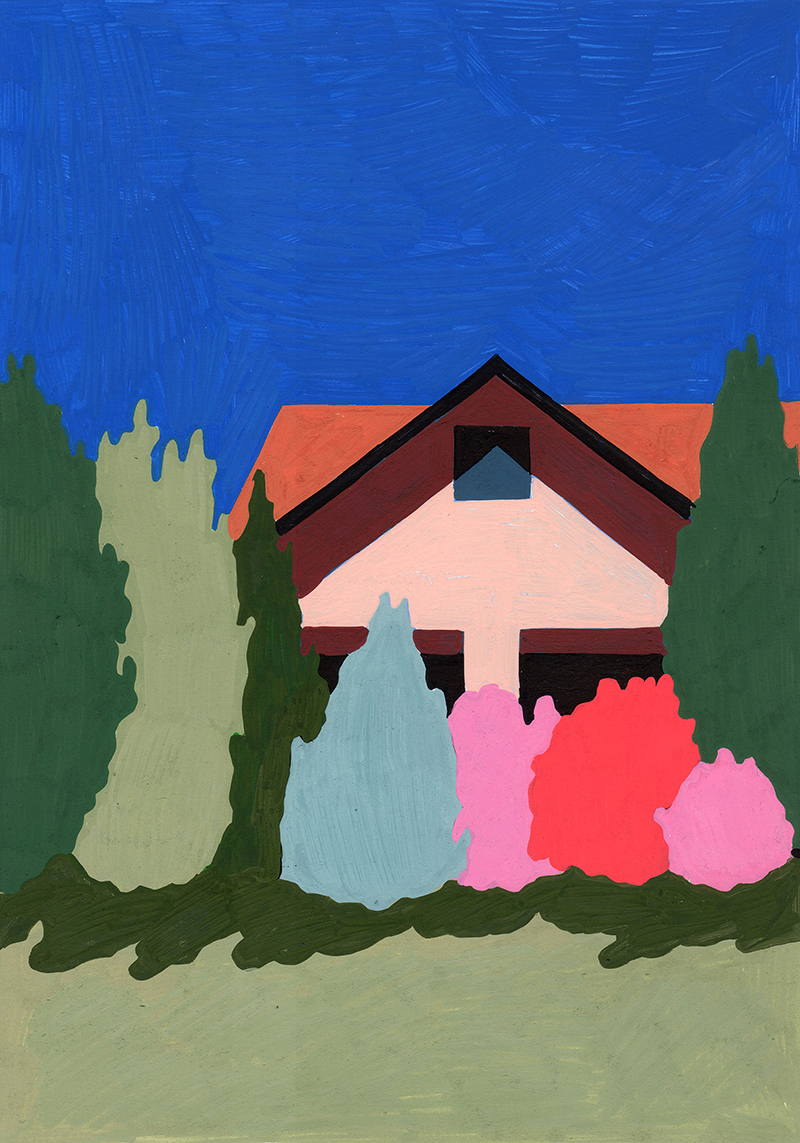 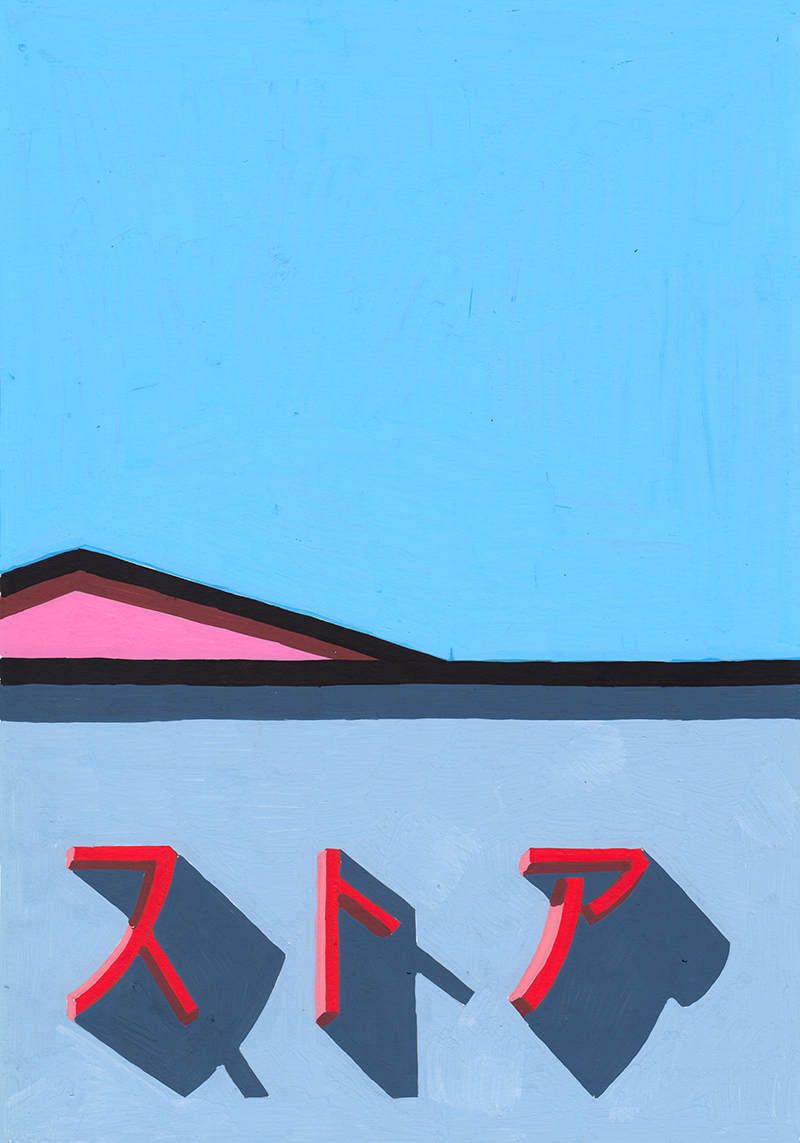 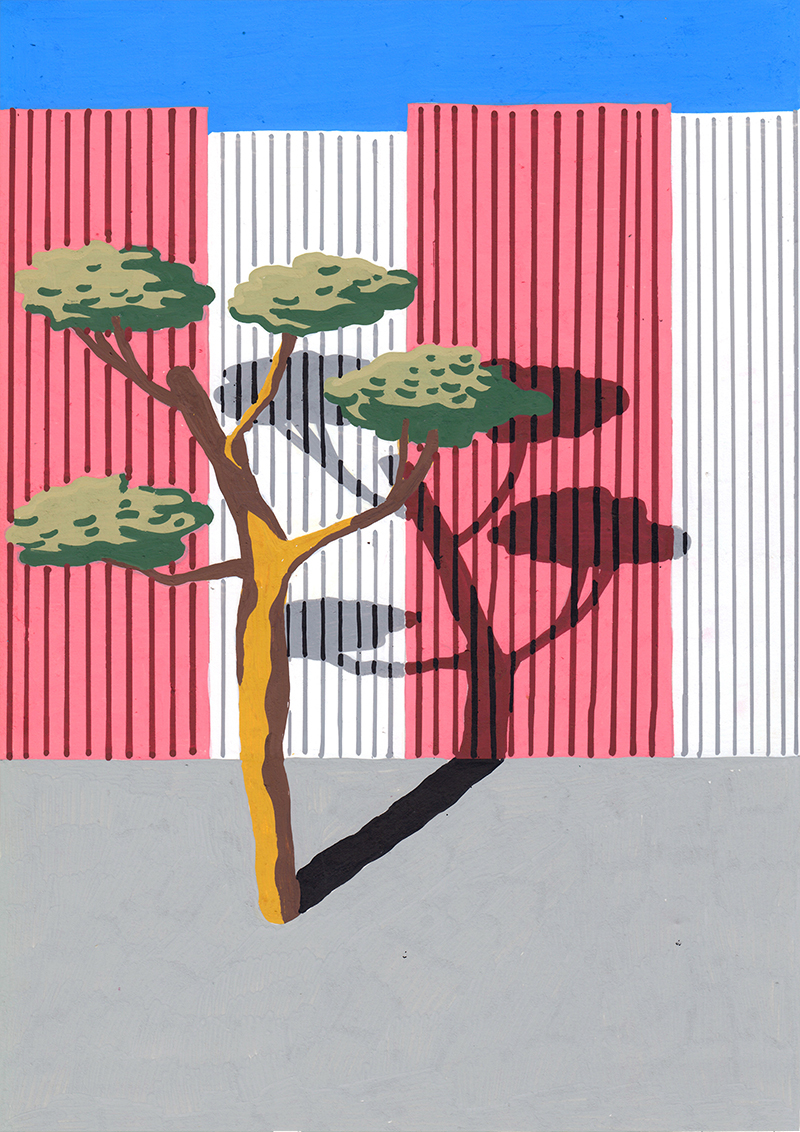 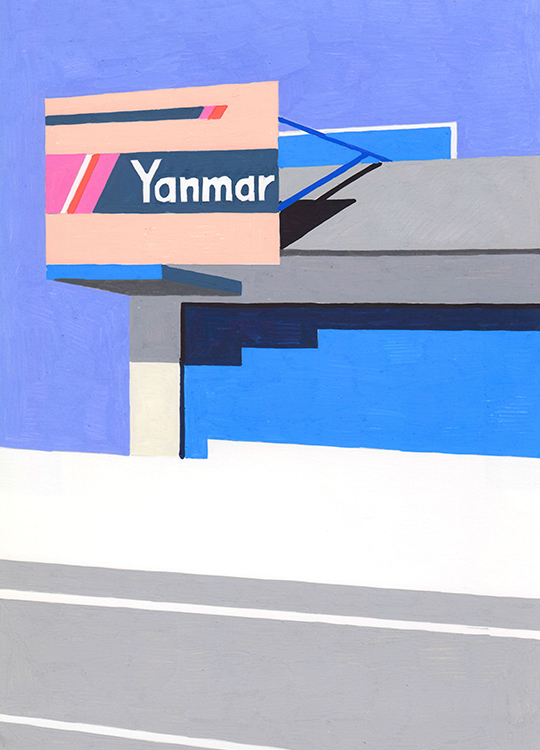 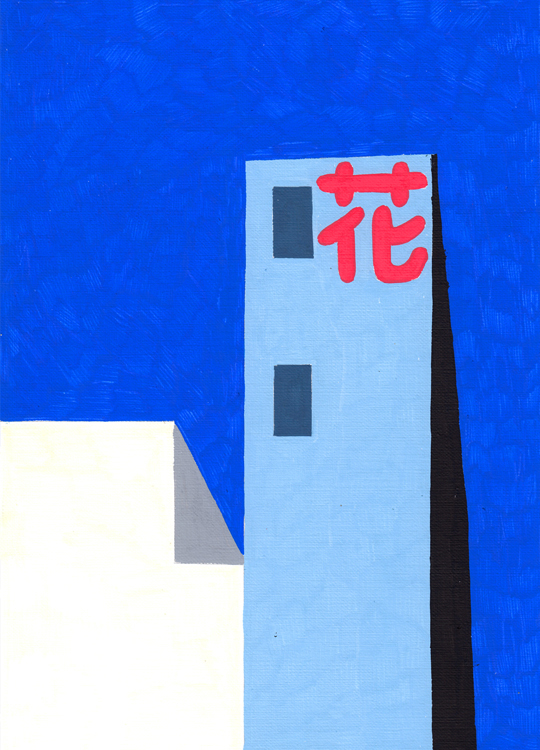 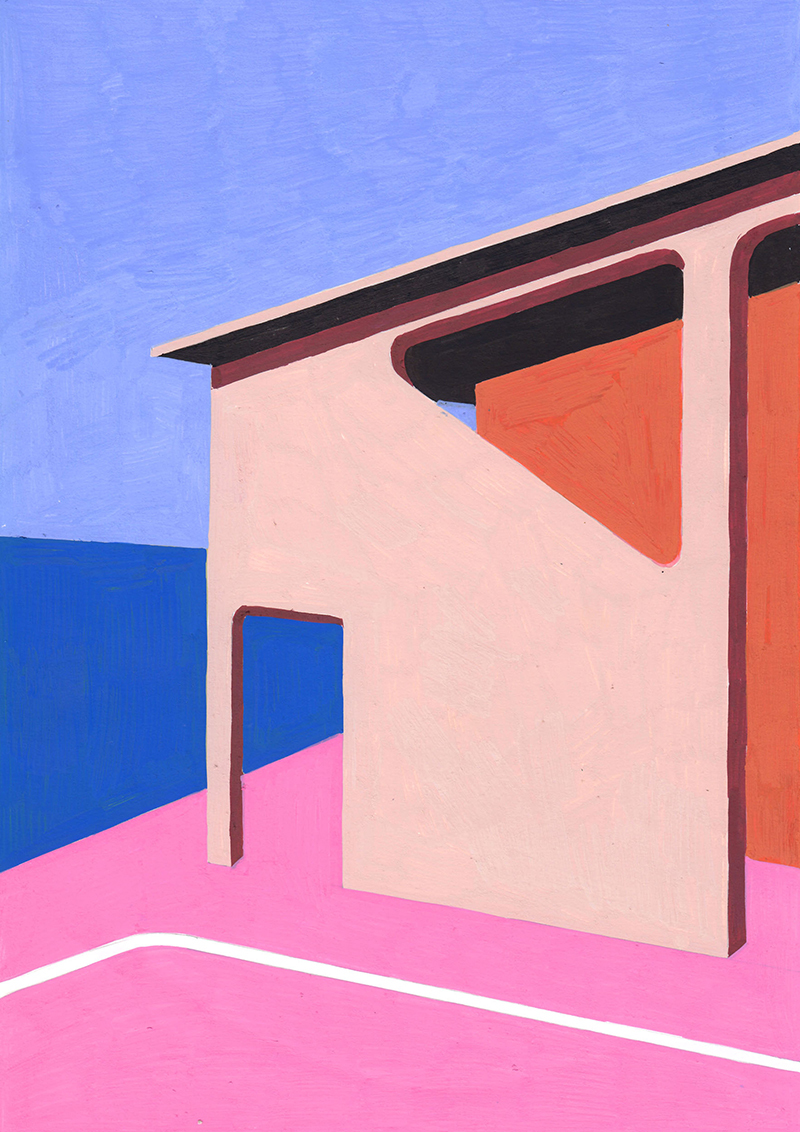 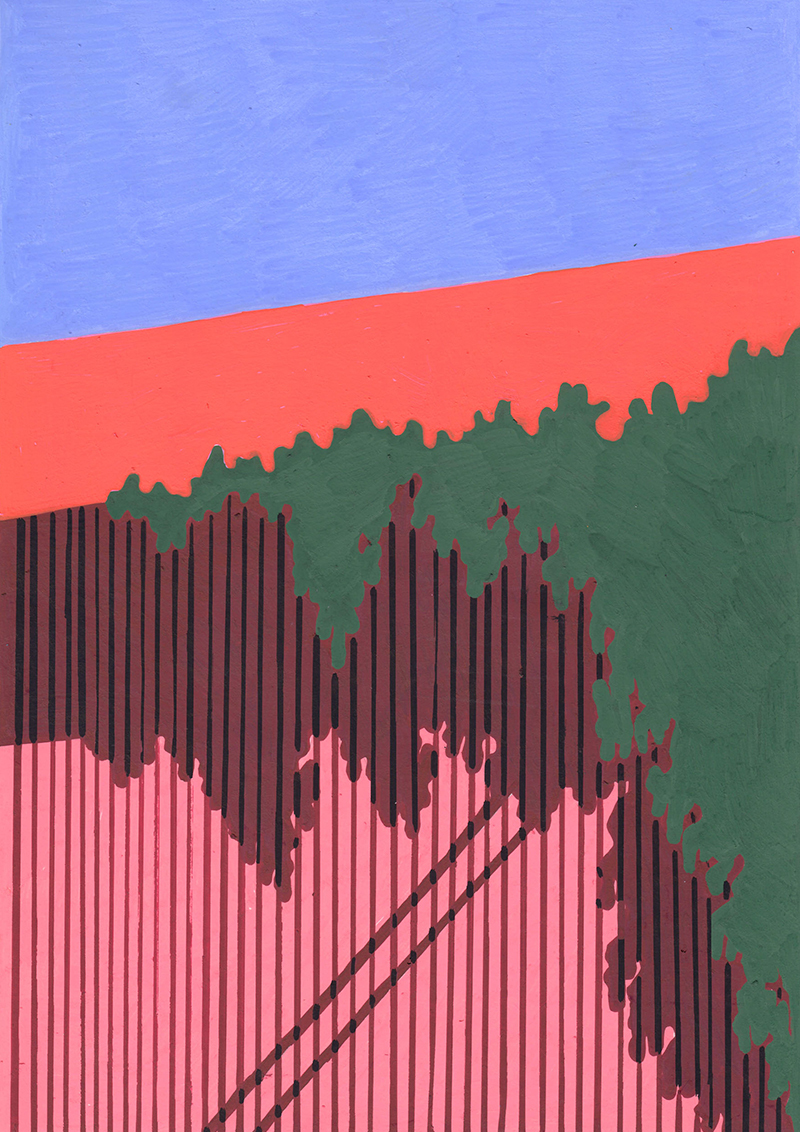 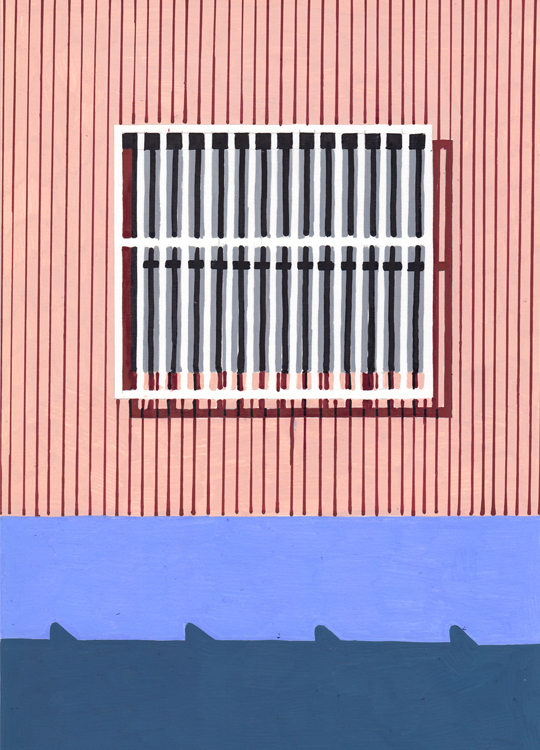 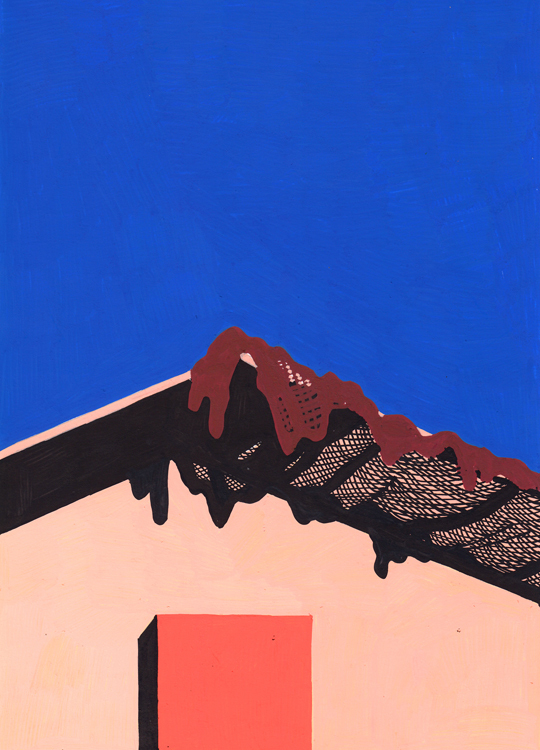 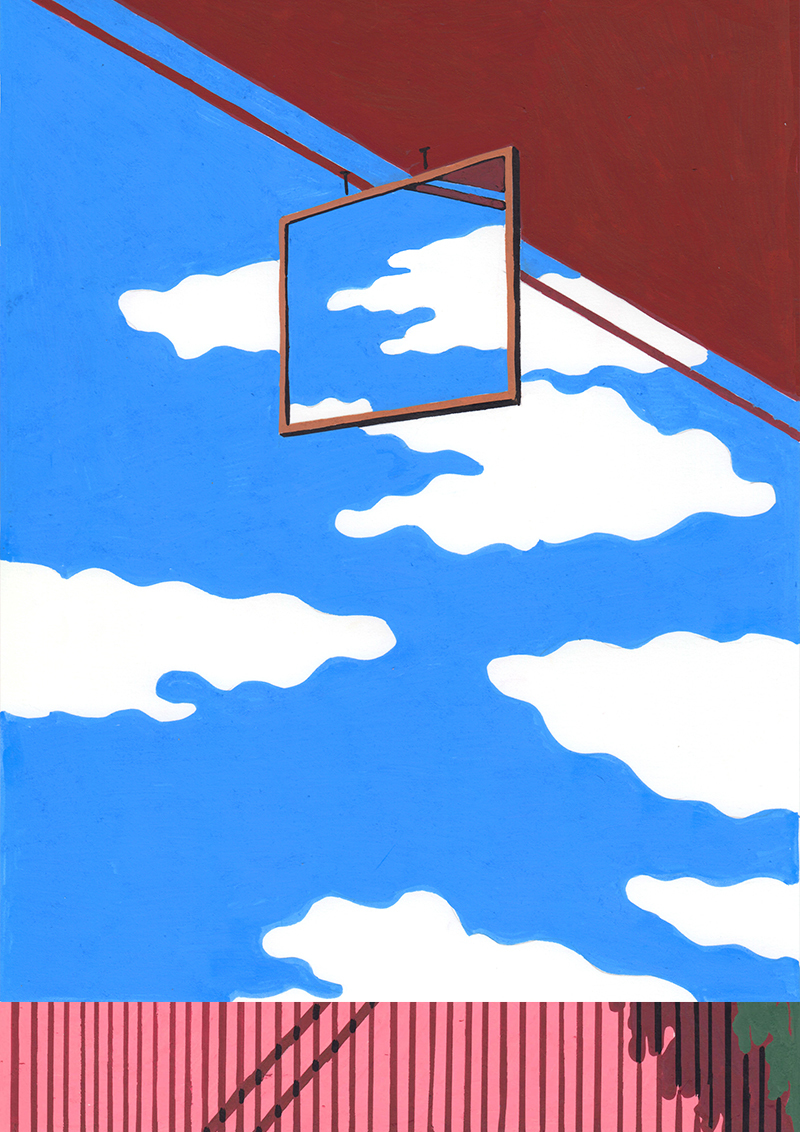 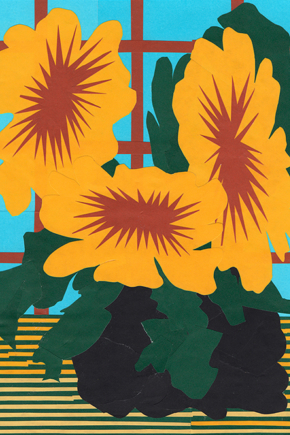 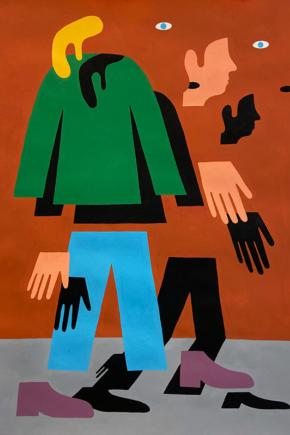