With a more minimalist look, the Dutch illustrator and artist has switched up her style for her first solo exhibition. Maaike’s dreamlike scenes explore the ambiguous boundaries between interior and exterior spaces.
17.11.22 Words by Hannah Valentine / Photography by Siem van Woerkom 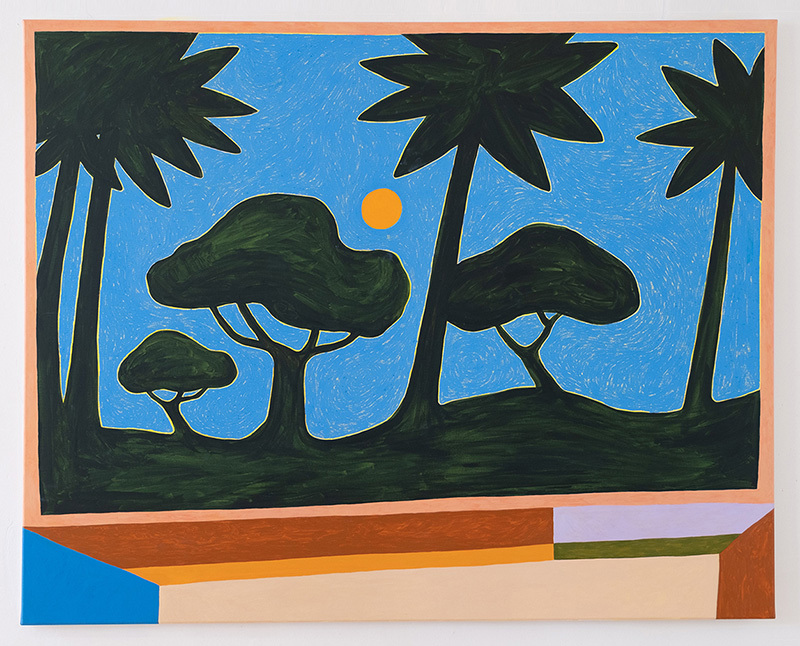 For her first solo exhibition, Maaike Canne is taking a step over the threshold to explore the ambiguity between inside and outside spaces. Titled ‘Sunrays’, her show at Kiblind Atelier in Lyon includes oil pastel works and painted scenes which explore the boundaries between interior comforts and the exciting potential of the great outdoors.

With years of experience in the world of illustration, Maaike is used to working on commissions to meet a specific brief, but preparing for her solo show has posed a range of different challenges. “It was quite the journey with lots of ups and downs, but I’m glad I did it!” she says. “It was a very inspiring time with lots of new insights.”

In these new works, Maaike’s artistic style has also seen a shift. In contrast to her intricate and detailed illustration work, Maaike’s new acrylic paintings and pastel works are more minimalist, situated somewhere between representation and abstraction. Her style is pared down, with clean shapes, geometric combinations, and carefully curved lines used to great impact. Two works in particular showcase this; ‘Desert Sun’ is a beautifully rich portrayal of the hues of desert heat, while ‘Polaris’ creates a compelling contrast of colour in its blue and yellow blaze.

In line with the theme of the exhibition, the subjects of many of Maaike’s works lie somewhere between the inside and outside. From silhouetted trees watched through a windowpane and a glimpse of the moon through temple pillars, to an enticing sight of the sea from the end of a wood-panelled corridor, Maaike’s viewer stands on the brink of two worlds – encouraged to create their own narrative In some works, frames are painted onto the works themselves, seeming half way between picture and window frames, softening the distinction between inside and outside and emphasising the ambiguity between the two. 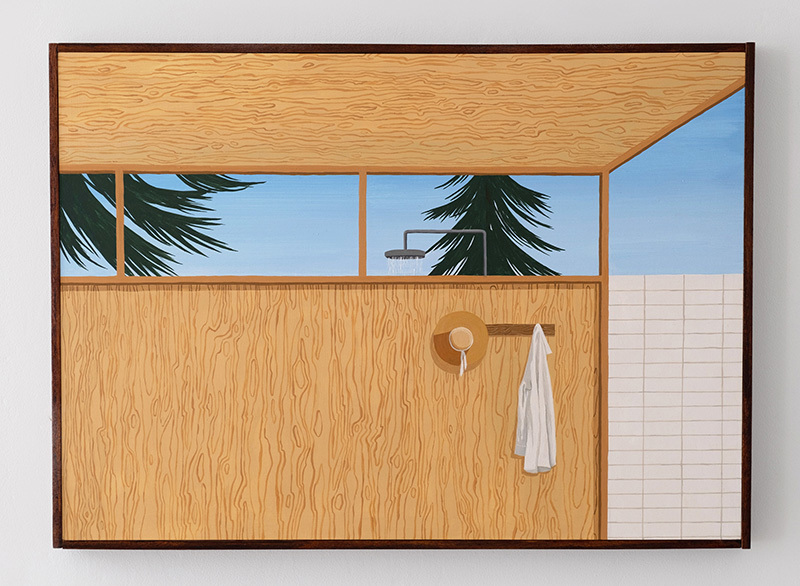 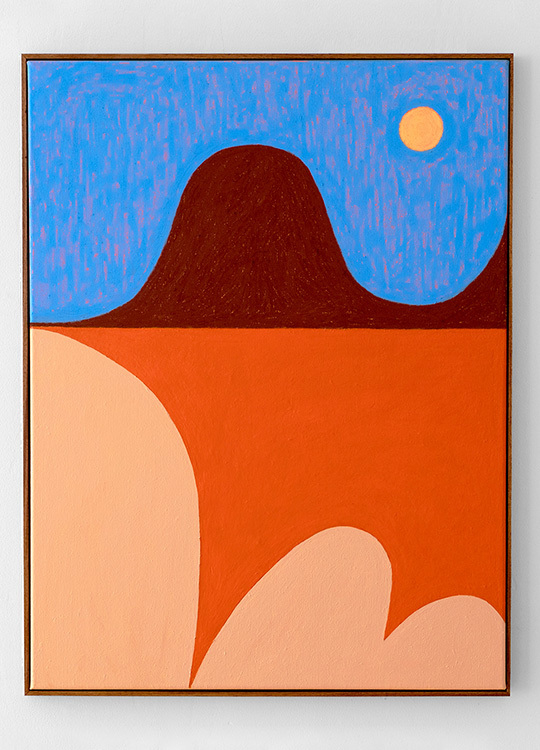 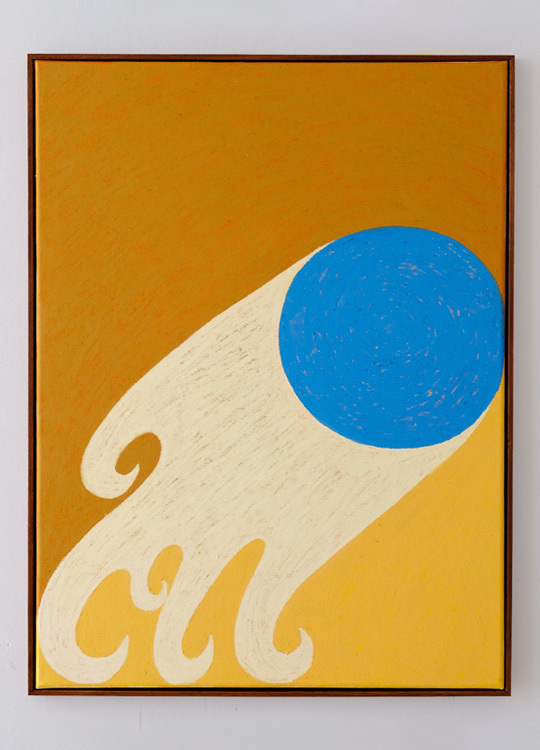 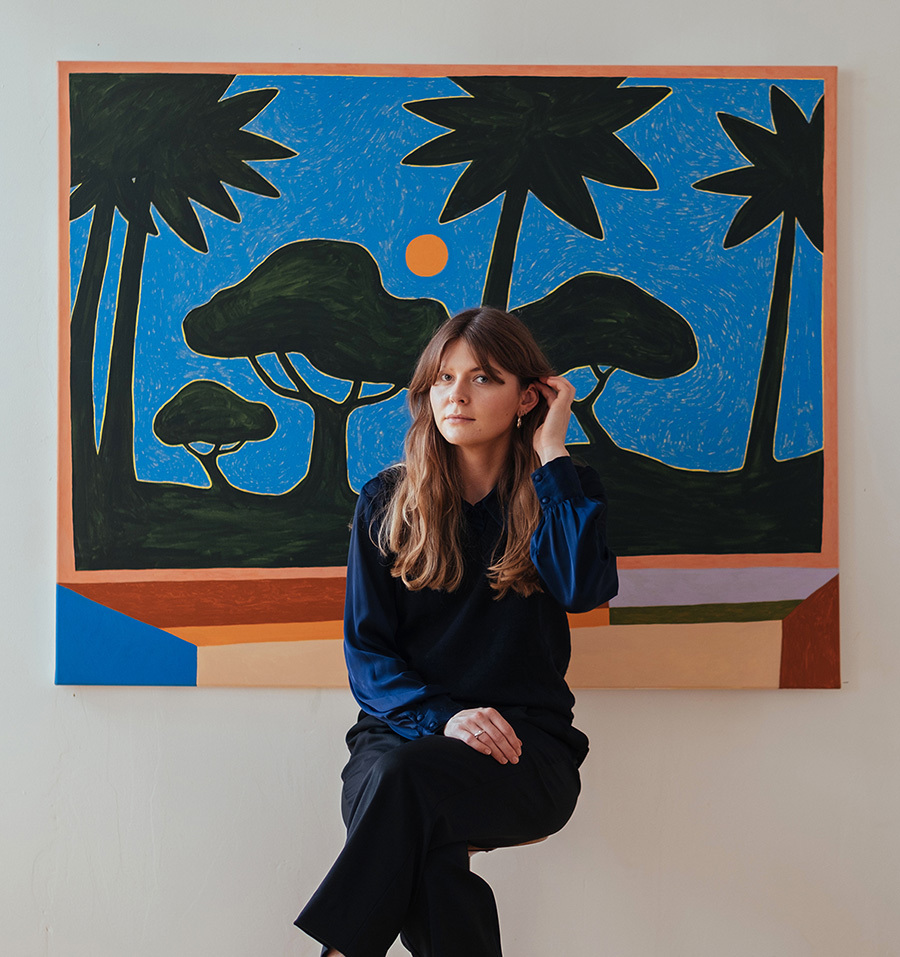 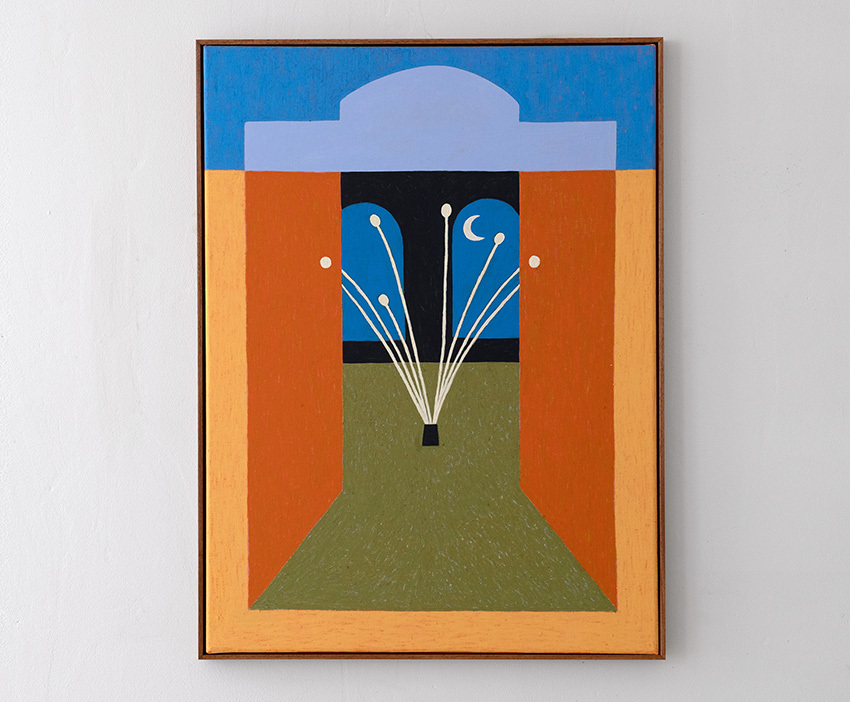 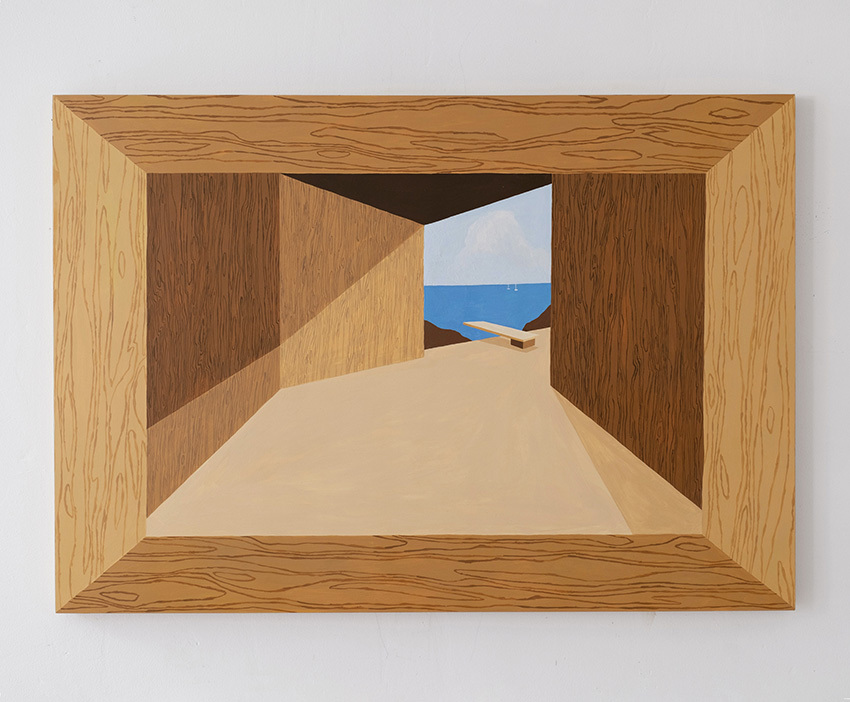 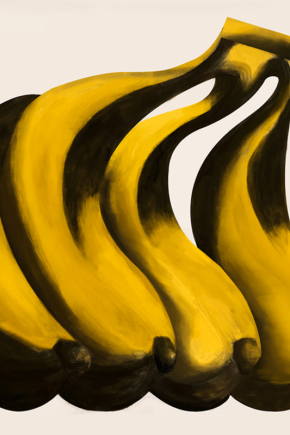 Previous Story Surrealism in the shadows: Nick Dahlen has a distinctive style 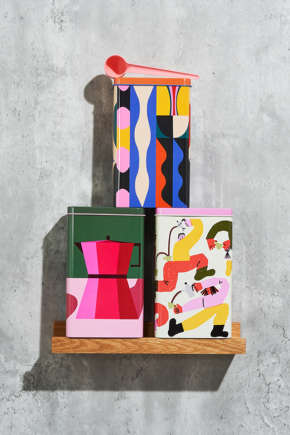 Next Story Our new Coffee Tins and the illustrators behind them