The Amsterdam-based artist talks about the balance between minimalism and pattern in his dynamic illustrations and animations, and why having fun is an important part of his creative process.
16.06.20 Interview by Hannah Valentine 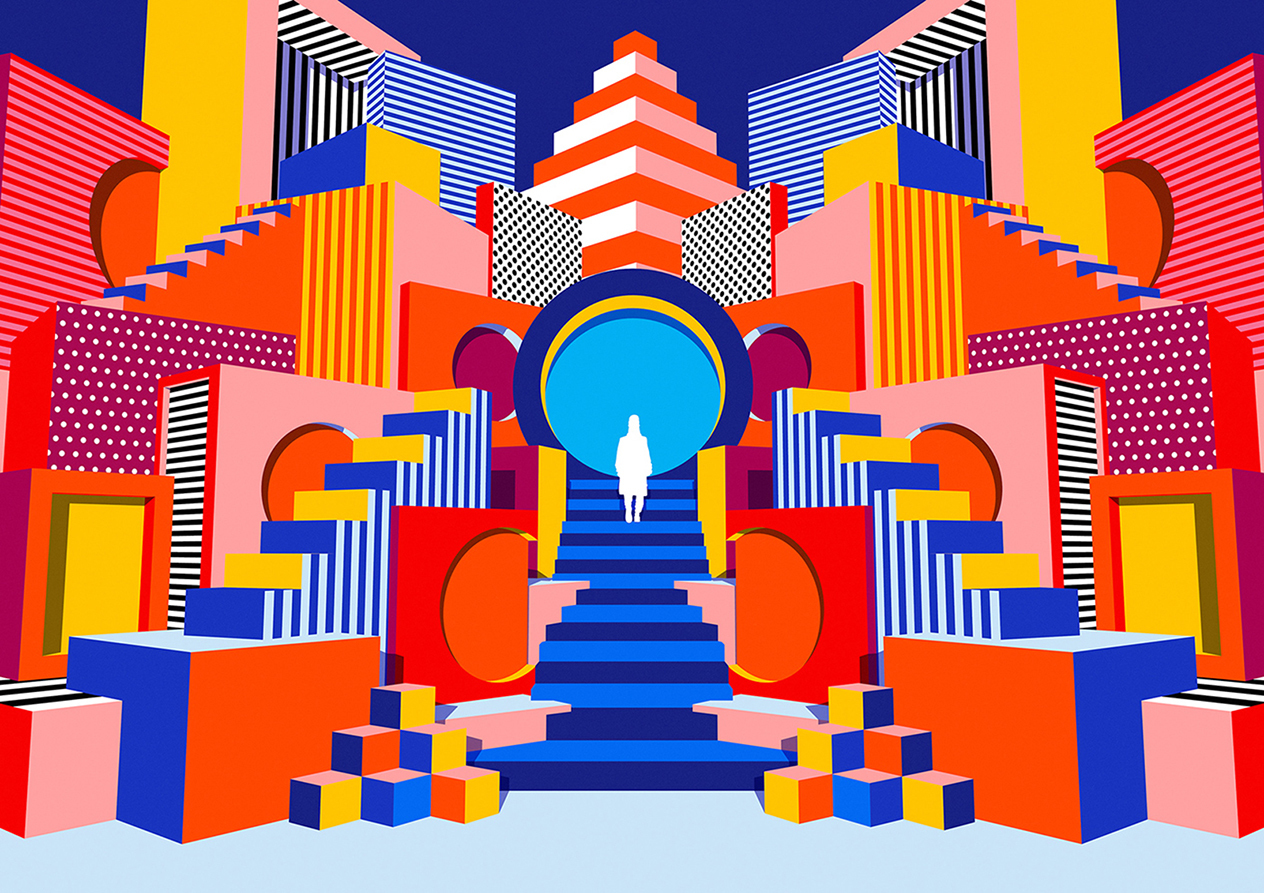 How would you describe your artistic style?
Visually, I think of it as a combination of pop and op art. I’ve always been drawn to minimalism and geometry but it took a while to work out how best to channel them. Then, a while ago, I went through a period where I completely stripped my designs back and found that I actually enjoy working with fewer things. It really helped me to hone my ideas, because it meant that everything on the page had to be there for a reason. Choosing colours also became a bit like solving a puzzle, because the wrong colour in the wrong place could break the illusion. However, I like to think of style as organic rather than fixed, and having the ability to evolve along with you as you explore new things.

We love the animations of your images on your website. How do you see the relationship between your static illustrations and animations?
Thanks! Starting out with animation was an example of this exploration and evolution I just mentioned. I began to animate my illustrations out of curiosity, but with the style I’d developed, it also just felt like a natural next step – the patterns lent themselves to being animated in really simple ways but it added a new personality and character. It snowballed pretty quickly and I found myself pushing my animations further and learning more complicated things. I think I’ve come full circle again though, because I’m gravitating back towards simplicity.

I would LOVE to work on a music video or the intro titles for film. 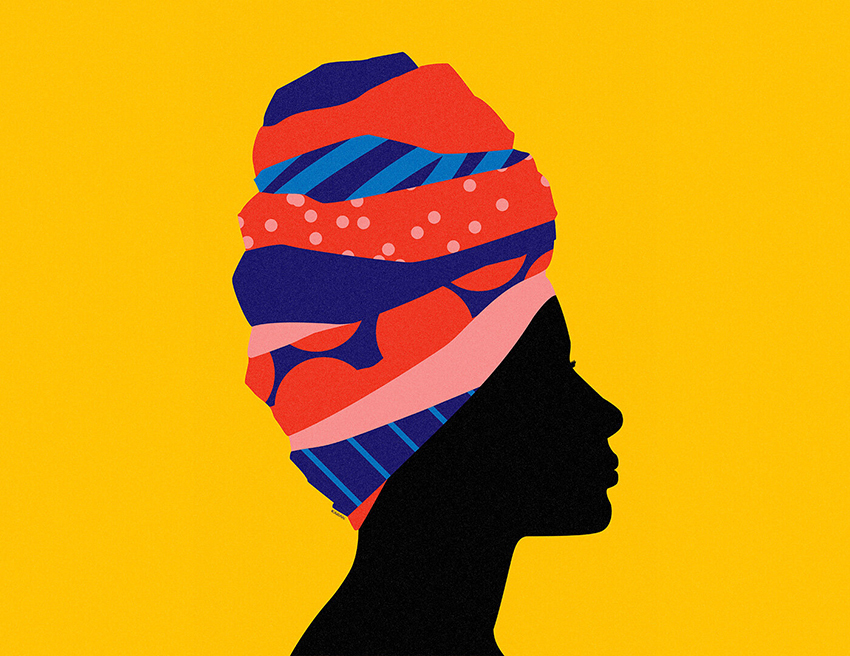 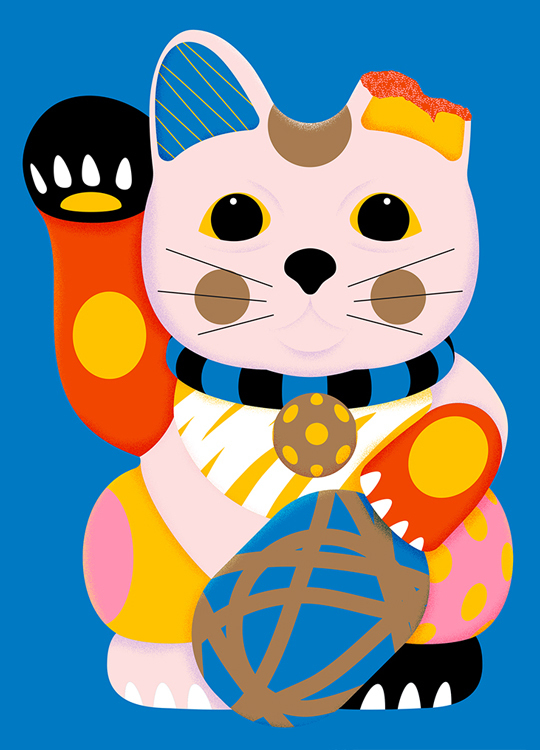 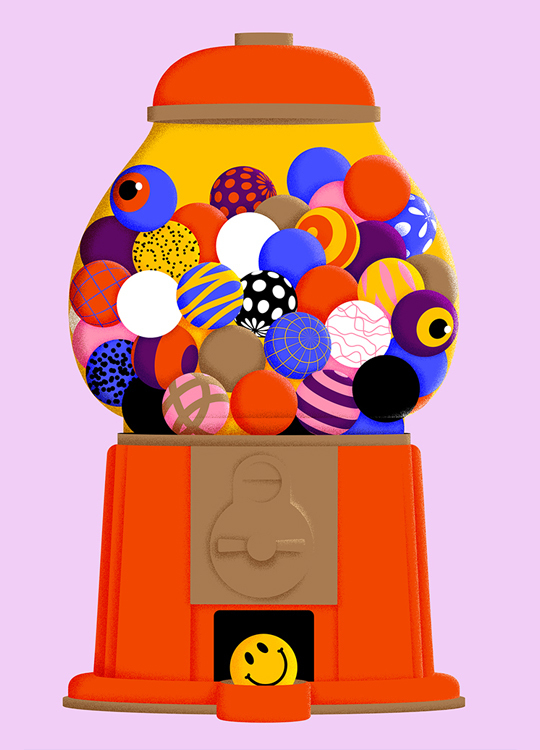 That desire for simplicity is clearly visible in your work, and yet your designs are vibrant and full of life. How do you balance simplicity with colour and pattern?
I think visual contrast has a significant role in creating a sense of balance. I like to find the balance with extremes – if I’m illustrating a detailed object in the foreground, then I offset this with a simple background. You can also play with using light and dark colours to create emphasis. I try to think of colours and pattern in a hierarchy too, some are used sparingly so that others can be used to highlight a particular detail. I think this is important when looking at the quality of optical illusion in some of my works.

I’ve found that there’s a really delicate tipping point where things can just get lost. There has to be space and there have to be gaps. The illusion of the pattern comes from our eyes wanting to fill those gaps, and that’s part of where I think the beauty of it lies.

Can you tell us about your creative process? And do you have any funny work habits?
I like to spend time reading up and collating references about the subject before diving into sketches. Most of my work starts as an iPad sketch, and essentially I draw thumbnail sketches back-to-back with as many ideas as I have, no matter how bad. I'll usually end up with around 20 grubby sketches – it sounds boring, but I really like this part of the process. It’s a great exercise and you often end up with random ideas for other projects, like this idea (see animated image below).

I’ve found headphones to be pretty essential to my process too. I do most of my work with them on – I might not even be playing music, but for whatever reason they have to be on.

Karan Singh
"Living in Japan has had the biggest impact on my work so far. As an artist, the dedication to craft I was able to be surrounded by every day was really inspiring and rubbed off on me."

You've been living in Amsterdam for nearly three years, and before that you were in Tokyo for two years and you've also lived in Melbourne and New York. Have these changes, and living in these different places, affected the development of your artistic style and what you seek to create?

I think it’s really affected the way I work and what my work looks like. I think in a lot of ways that initial confusion of being in a new place comes through in the work, but eventually things settle and the city and the culture seeps in whether unintentionally or out of fascination or frustration. Living in Japan has had the biggest impact on my work so far. As an artist, the dedication to craft I was able to be surrounded by every day was really inspiring and rubbed off on me. I really appreciate the confidence of simplicity that I felt there and the conviction that less can be more.

Can you tell us about some recent commercial projects or collaborations you’ve been working on?
I recently finished painting some walls in San Francisco for the Uber ATG Office (their self-drive division) which were so fun to work on – I think this element of fun is an important part of an artist’s creative process. It was so good to step away from the computer and paint again. It's something I plan on doing a little more, especially now that we have all this newfound indoor time! Maybe this will be the next step in the evolution of my art.

I’m also pretty stoked to have my work on the Adobe Illustrator splash for 2020! 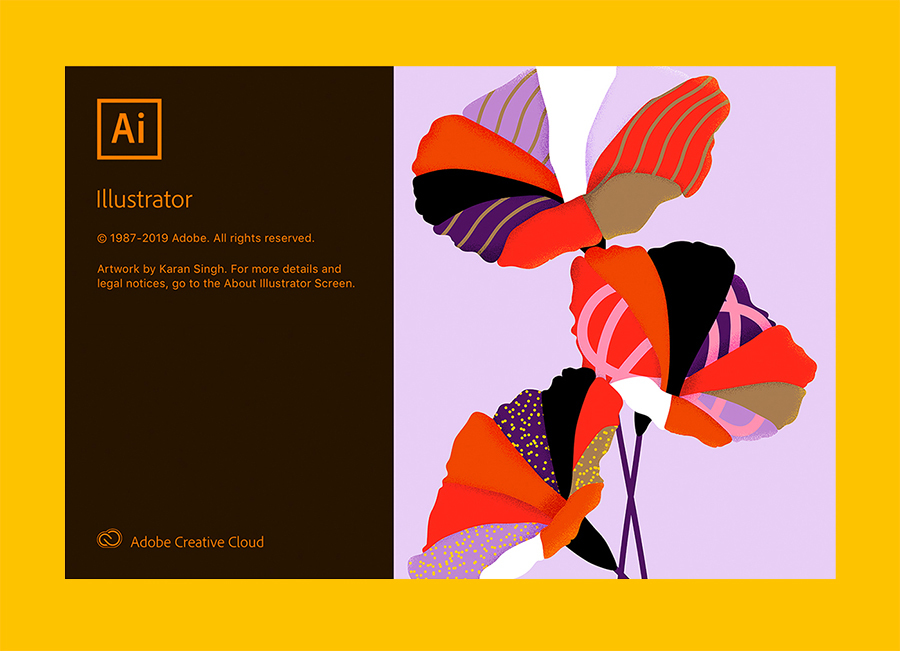 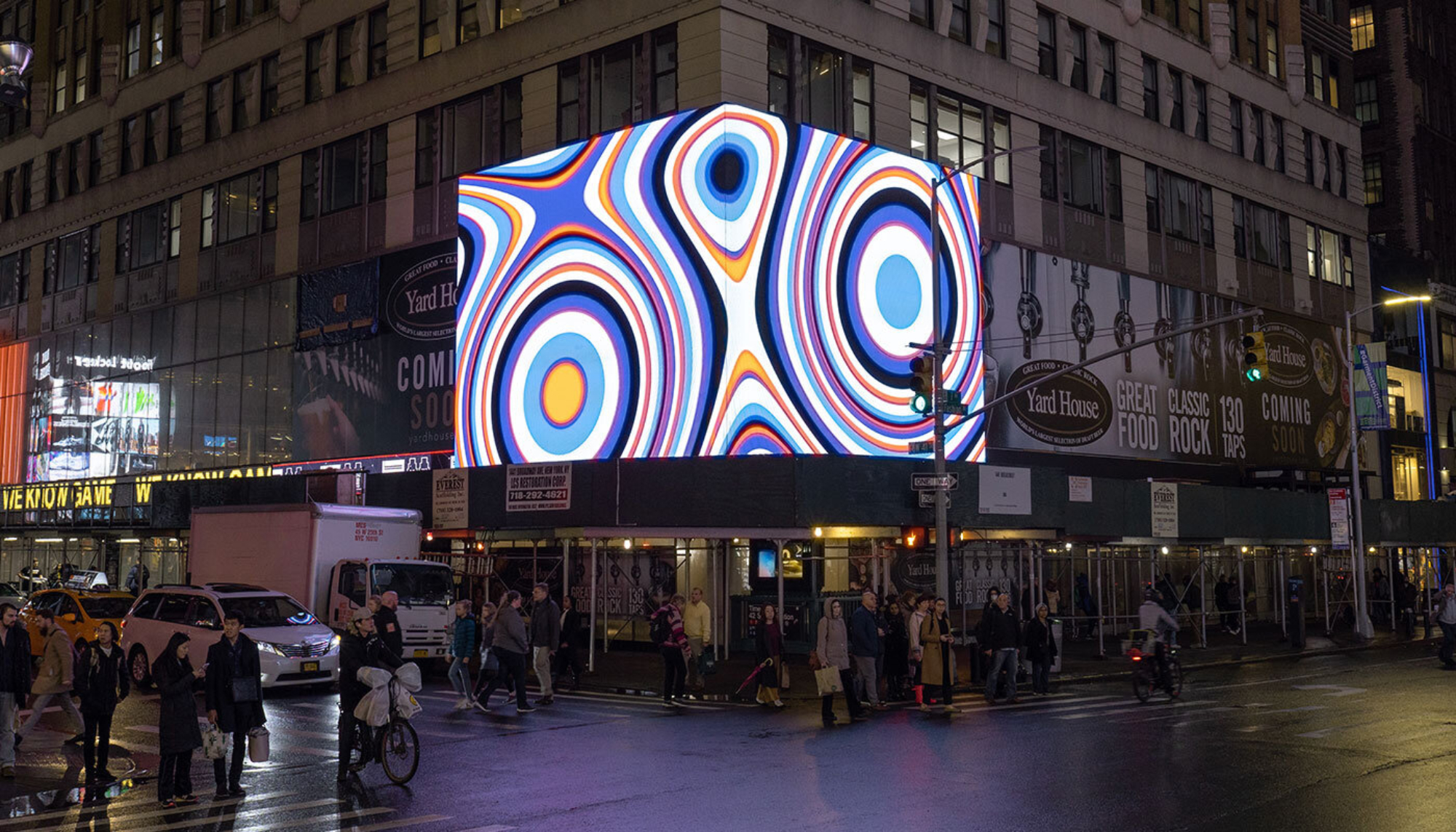 What about your animated work ‘High Tide’, shown by Lightbox in Times Square?
I had free rein to create something that was inspired by nature and would be a bit of escape in the middle of the city. I liked the idea of flipping the script and interpreting the movements and flows of the city using the analogy of an ocean. The different little whirlpools reflect the people moving through the city, sometimes coming together but mostly passing each other by.

Finally, what character trait of yours do you think has been the most responsible for your success so far?
I think it’s just a love of making things. 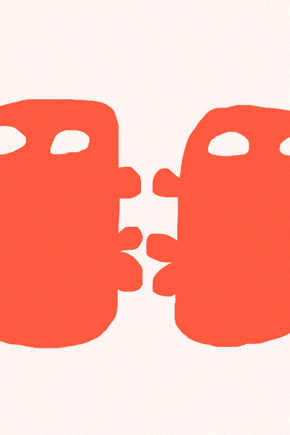 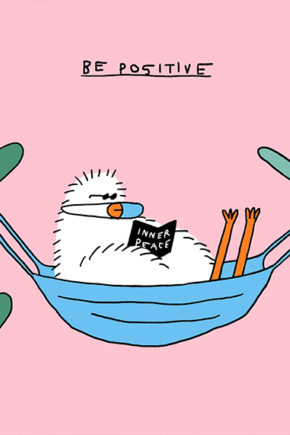