Agostino Iacurci captures the spirit of a place
27.04.22 Words by Hannah Valentine

Agostino Iacurci captures the spirit of a place

Through his intensely-coloured murals, paintings, and sculptures, the Italian-born artist explores the enchantment he finds in individual places. Inspired by the natural world and by classical Roman culture, his graphic works are imbued with local history, culture, and atmosphere.
27.04.22 Words by Hannah Valentine 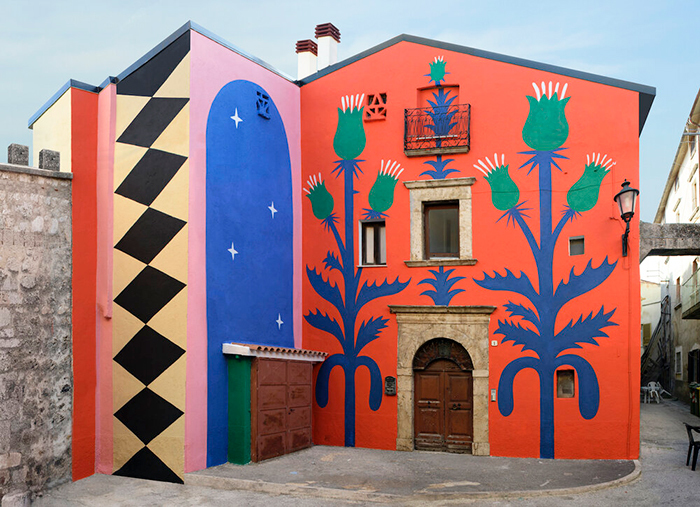 Agostino Iacurci believes in the magic of places. In his striking graphic style, the Italian-born Berlin-based artist creates monumental wall paintings and installations inspired by a location’s individual identity. These huge, brightly-coloured and highly-attractive works are hard to miss—often towering over streets, pavements and pedestrians—and yet somehow they weave themselves into the visual personality of an area, embracing local history and adding their own sense of enchantment. "My murals are always site-responsive, whether I draw inspiration from a building’s colour, or from a story I came across during my research,” Agostino explains. "I’m drawn to the classical Roman concept of genius loci, meaning a place’s unique spirit. The distinctive atmosphere of a place always informs my work, even if only subconsciously.”

In 2021, Agostino experienced the influence of the genius loci first-hand when painting his mural ‘Cardi’ in the small Italian town of Aielli. His design—featuring blue thistles alongside a star-strewn twilight sky, covers the exterior walls of a three-storey-high house—was inspired by his research into local flora, but upon finishing the mural and meeting the house’s owner for the first time, Agostino discovered a more personal interpretation. He heard how the owner’s father, who had lived in the house his entire life, would walk the nearby mountains every year in search of thistles. Once home, he would make them the centrepiece of his table, a focus point within the heart of the house. "The thistles became the symbol of the house, and collecting them became a family tradition which the sons kept up even after their father’s death.” Agostino tells Wrap. "They couldn’t believe the coincidence! It was magic, and I have a story like this for many of my works.”

For someone fascinated by the spirit of a place, is there one place in particular that really inspires him? "Mexico City has had a special impact on me,” Agostino reflects. “From my first visit, I felt immediately connected to the city and its people. They have a fearless approach to colour when it comes to architecture, which has definitely informed my work.” This fearless approach to colour is certainly apparent, not only in Agostino’s mural work, but across his broader practice – some of which he is currently exhibiting in his solo show ‘Of My Abstract Gardening’ in Rome’s Ex Elettrofonica Gallery. Featuring paintings and sculptures, the exhibition explores his obsession with Horti Picti; classical Roman painted gardens which bring a magical likeness of natural beauty into the house and onto walls, doors, and floors.

In December 2021 Agostino worked on a different type of project with French brand Hermes, creating a fully-functioning pop-up one-night-only hotel, attended by real guests. Set in a Milan theatre, the project was a performance with its own kind of magic, involving an extensive cast of actors, chefs, architects, and musicians, with Creative Director Laure Flammarion at the helm. "I was in charge of the visuals; from designing the space including lighting and furniture, to the invitation cards, the menu, even the stamp on the butter,” Agostino explains. "I was amazed by the detail, and it was great working with Laure, who was directing this gigantic machine but giving me total freedom and trust.”

"This project was unique, pushing me to explore new fields and helping me understand new potentials in my work,” he reflects. With an upcoming three-month residency at New York’s ISCP [International Studio and Curatorial Progam], Agostino has plenty of opportunity to explore these potentials, and, with a world full of new places to explore, there is endless magic still to be painted. 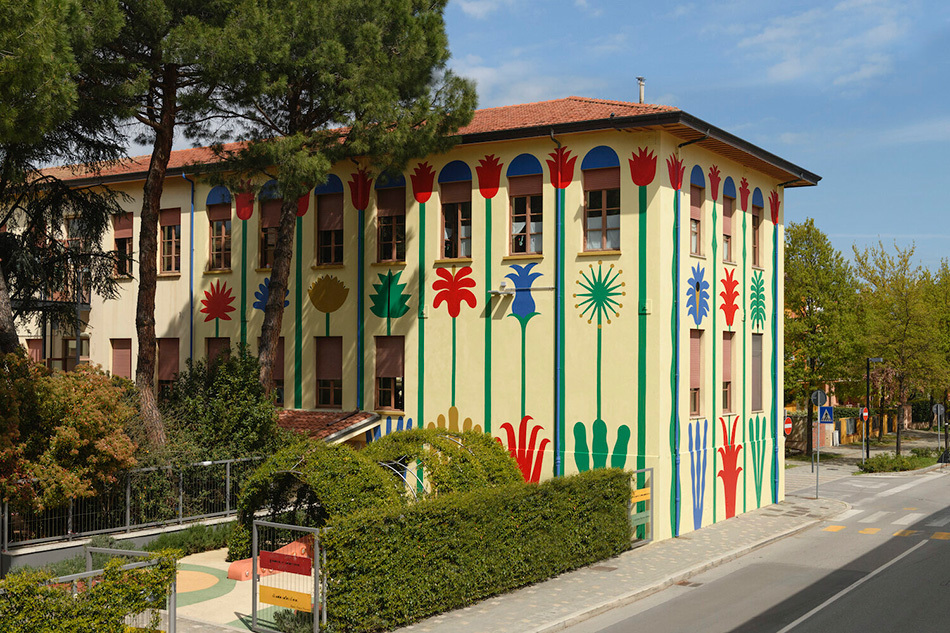 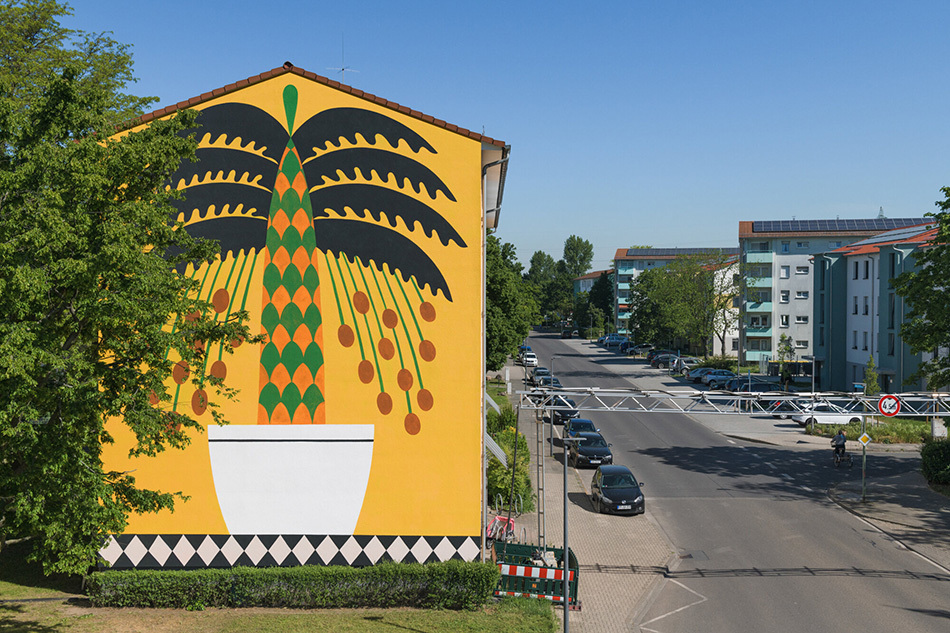 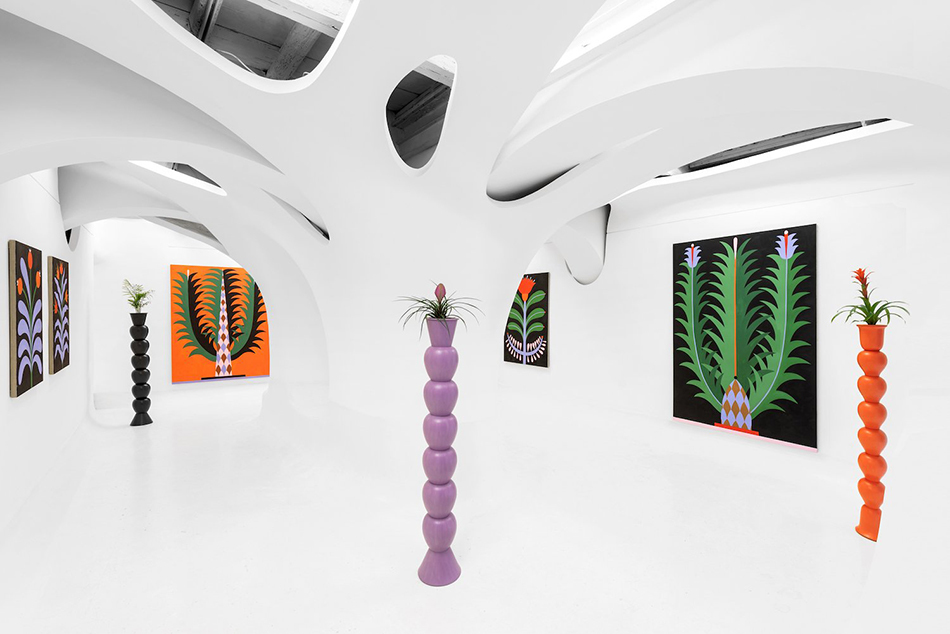 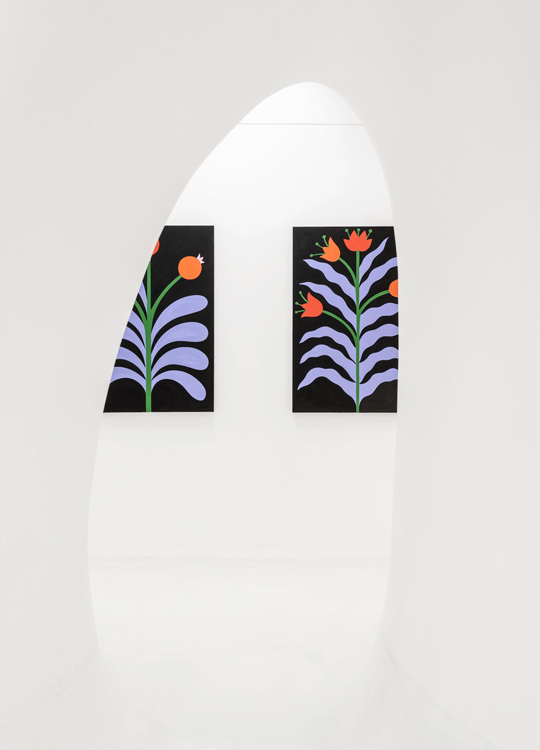 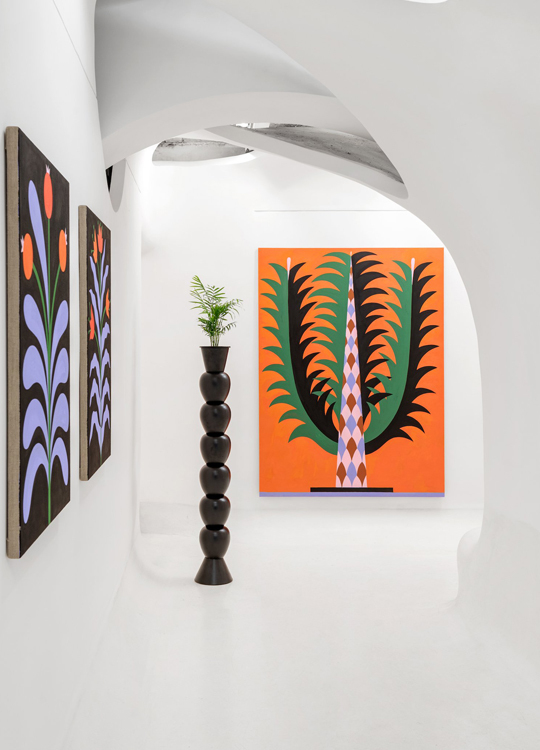 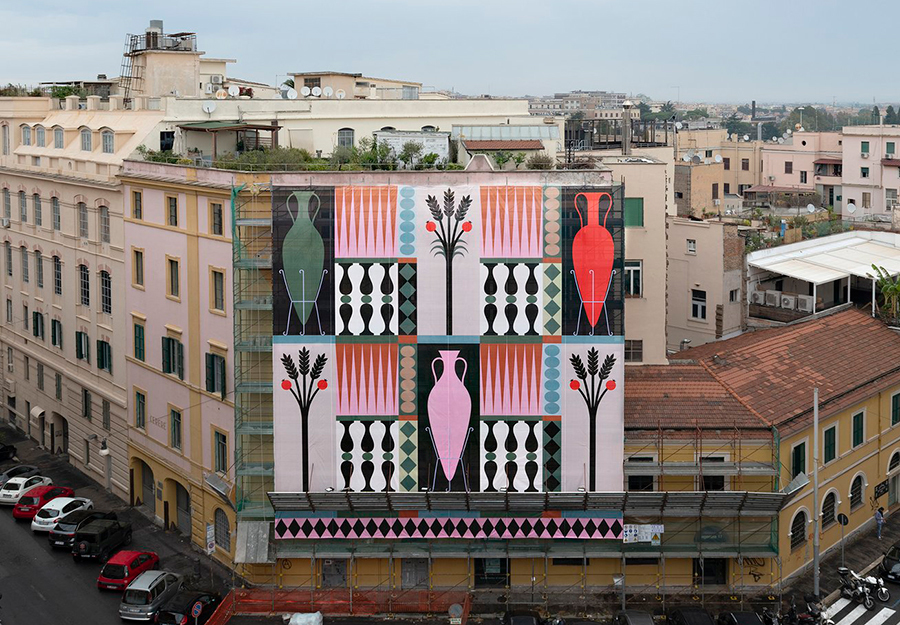 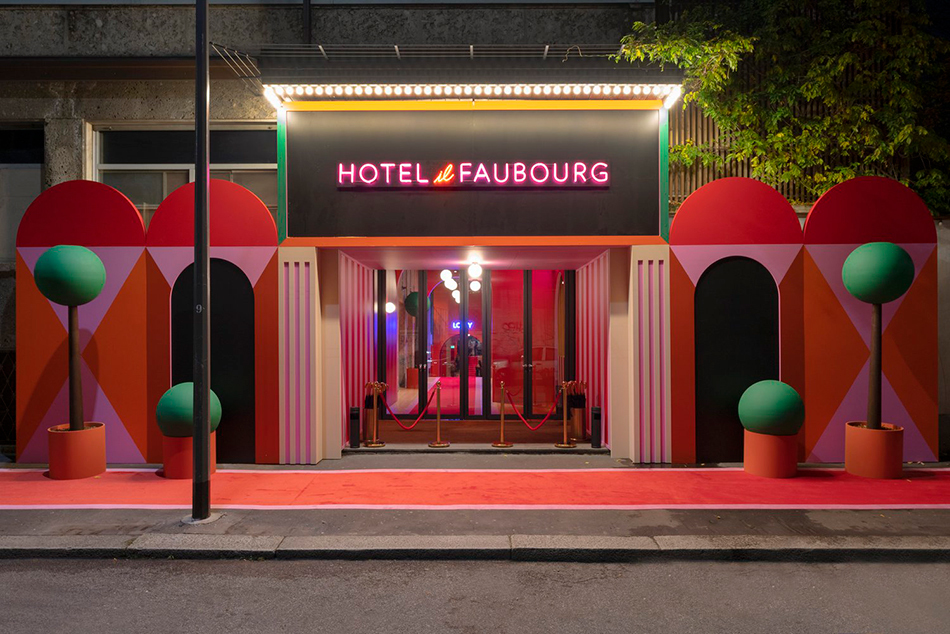 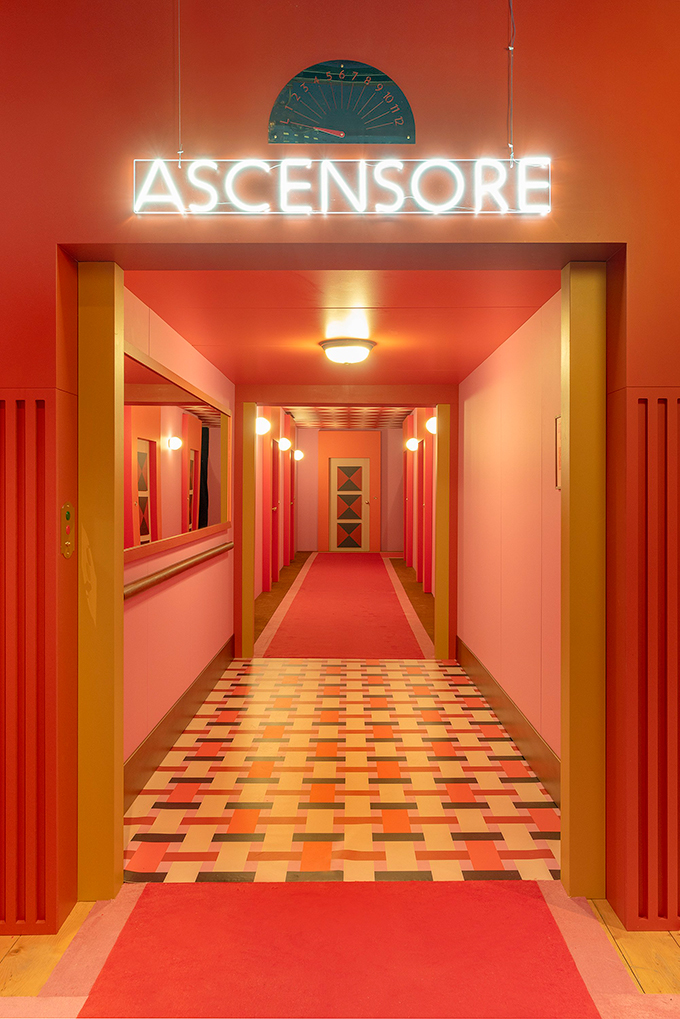 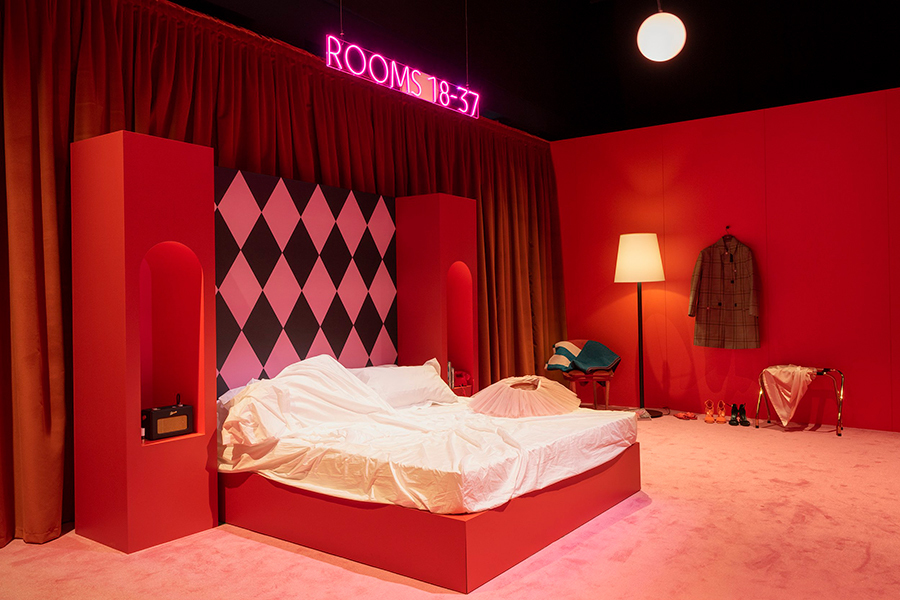 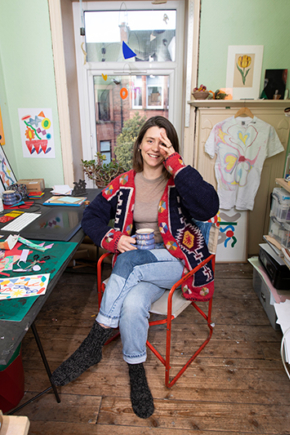 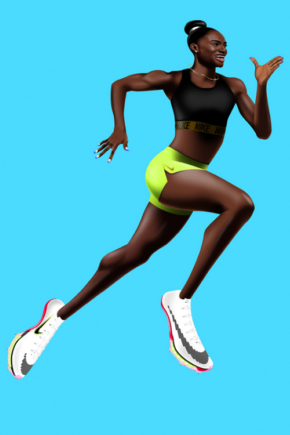 Next Story Larger than Life: Darien Birks Draws Attention to What Matters