Dominic Kesterton’s vibrant, minimalist designs invite us into a calming, if sometimes surreal, world. We caught up with the illustrator to hear about his recent projects, including an inspiring artist residency in Seoul.
28.07.21 Interview by Hannah Valentine 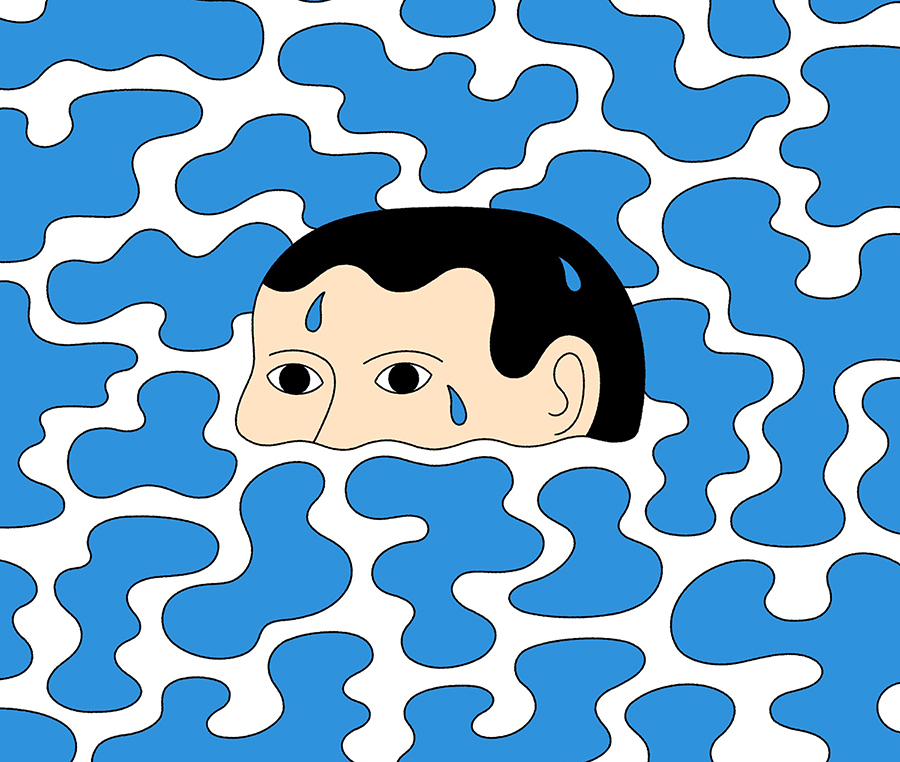 Dominic Kesterton is an illustrator whose simple lines, appealing block colours and minimalist shapes have made him a popular choice for brands and editorial publications. Having designed digital illustrations for clients including Apple, The New Yorker and It’s Nice That, the British illustrator also creates his own acrylic paintings and limited edition prints. Since graduating from Edinburgh College of Art in 2013 with a BA in Illustration, he has kept himself busy as a freelance illustrator, continuing to work even while studying for his MA in Graphic Communication from London’s Central Saint Martins.

Recurring motifs in his work are the human faces and anthropomorphised fruits, vegetables and flowers whose quizzically blank expressions are an invitation for the viewer to form their own interpretations about emotion and motivation. There's an element of still life to Dominic’s illustrations, not only because they so frequently feature fruit, flowers, and food, but because there is a stillness and a peacefulness about the designs with their carefully considered line work and attentively chosen colour palette.

Having interviewed Dominic for a print issue of Wrap when he first graduated, we thought it was high time for a catch-up. We talked to him about his recent residency in Seoul, how he got on during lockdown, and his continued love of drawing apples. 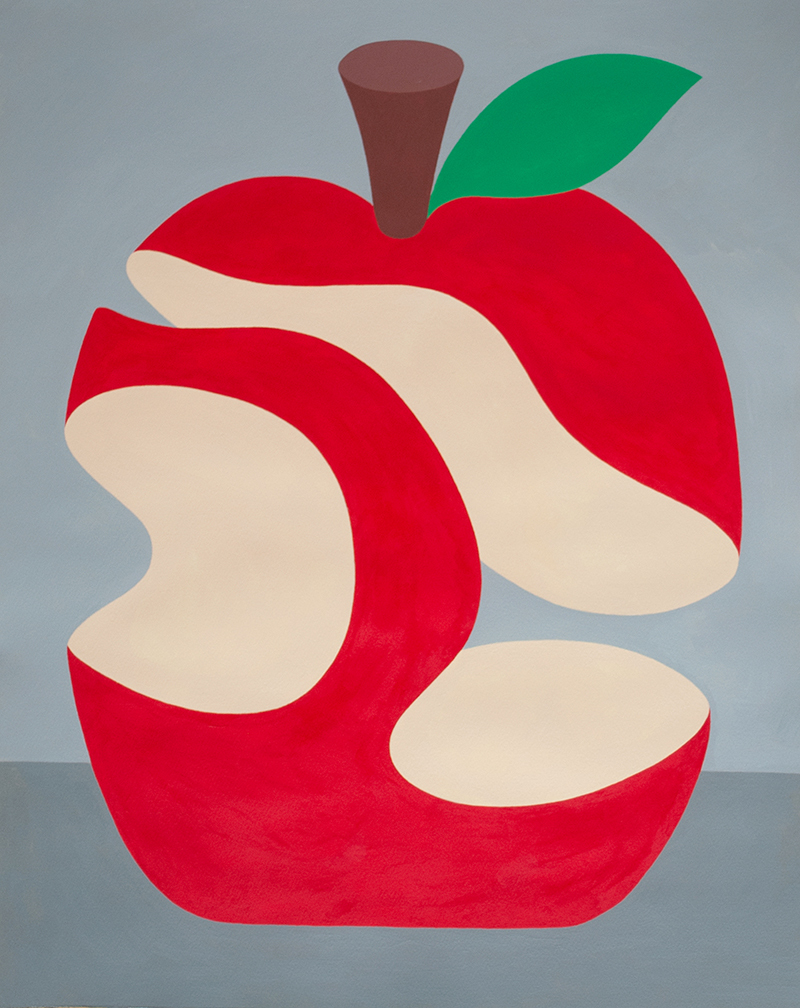 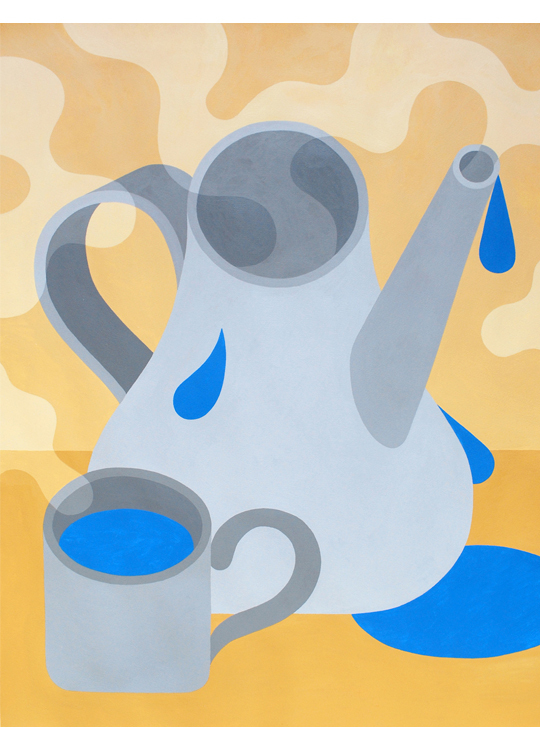 What have you been up to since we last spoke to you?
I have completed many drawings!

Things have eased a lot now, but we’ve had over a year now of lockdowns and restrictions in the UK due to Covid. How have you found it?
It’s been a mixed bag. Lockdown didn’t initially create a huge shift in my lifestyle because I’ve worked from home a lot in the past, but after a certain amount of repetition with no new experiences it can become quite hard to draw anything fresh or invigorating.

I've definitely been able to spend more time on paintings and objects than before, and overall it’s been a productive year for me. I think I’m the type of person who thrives when things slow down and I end up having extra time to myself...to an extent! 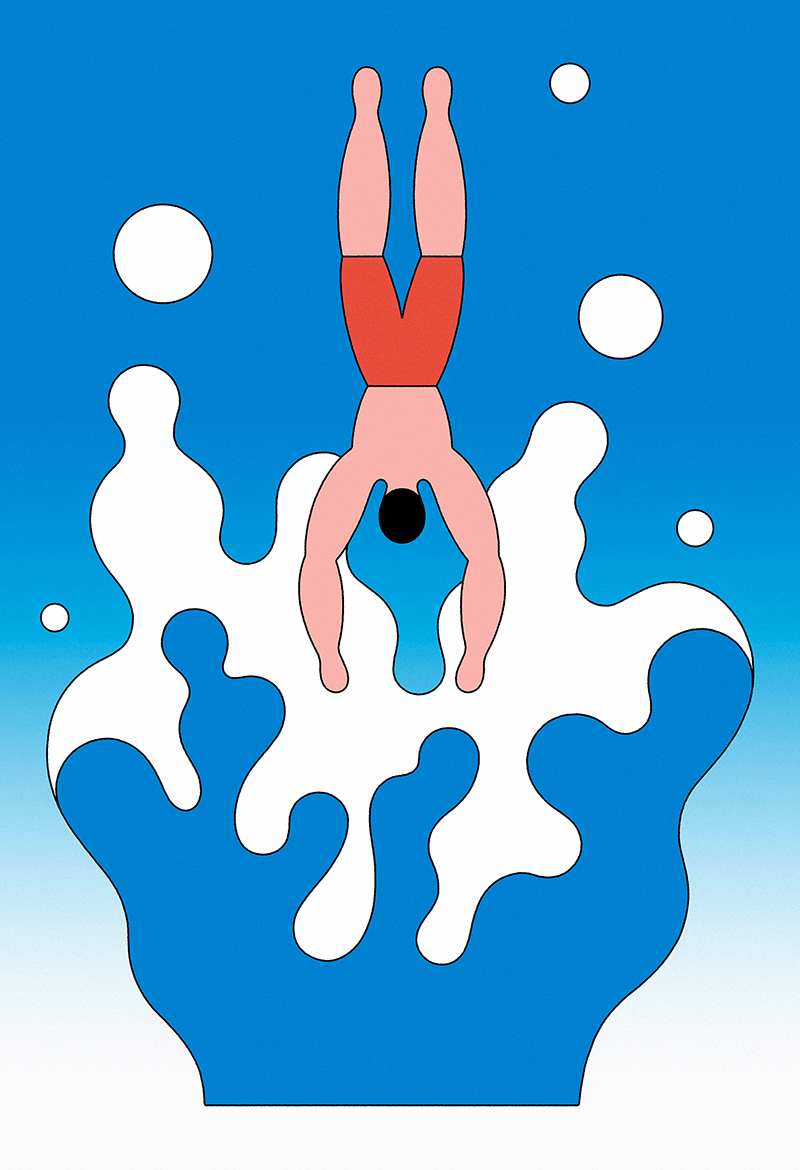 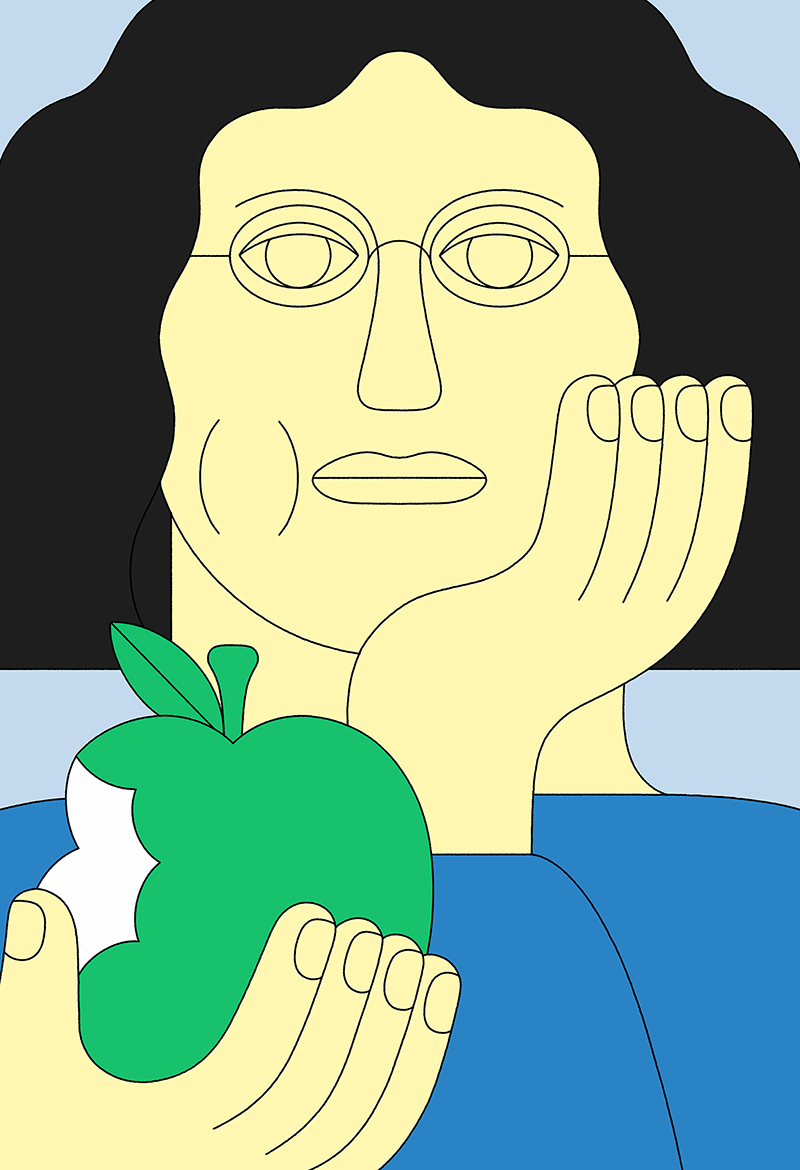 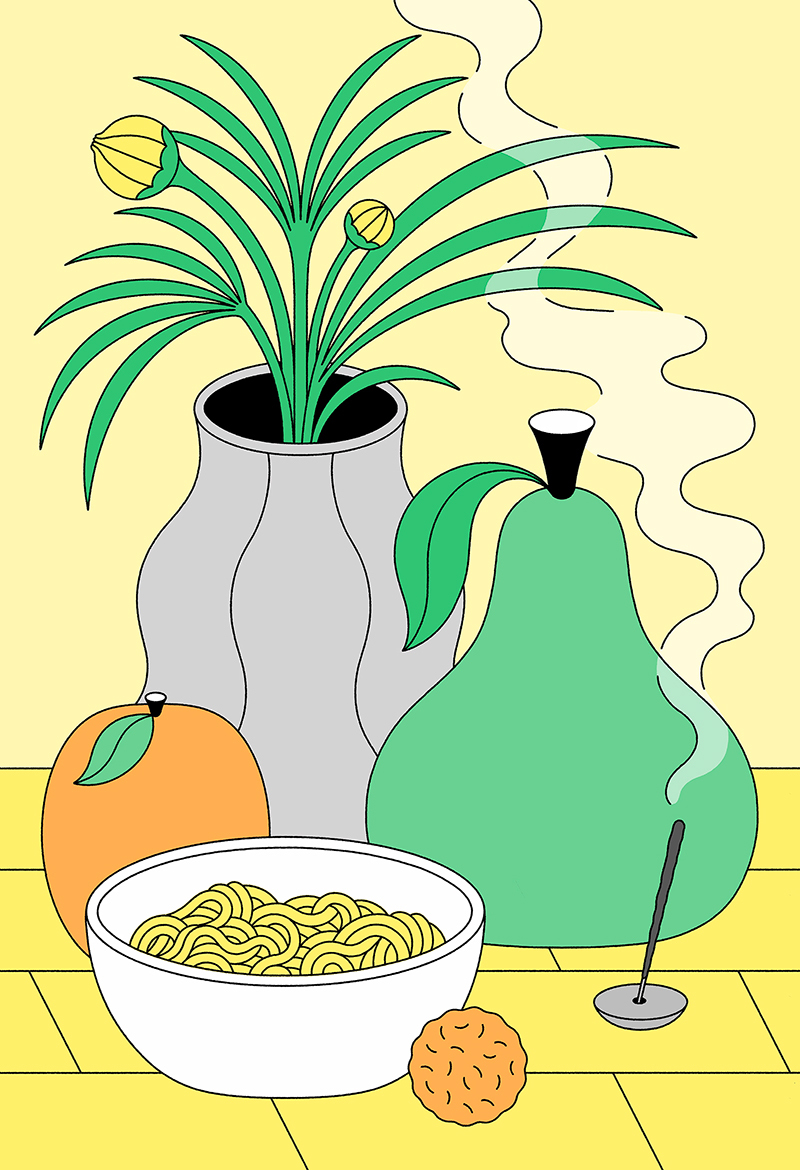 You recently took part in an artist residency in Seoul, South Korea. What did you get up to there?
It was great! I made lots of things. It was refreshing to do some bigger work; as part of the show at the end of the residency, I drew faces on some full-length windows and painted a huge mural on the wall. It’s easy to get stuck in the smaller confines of my sketchbook and iPad where I draw every day, and that comes with a certain amount of conceptual confinement too I think. But generally speaking I want to work bigger, so I just need to work bigger!

Being there was really stimulating and put me in a good mindset to make things. When I arrived I had to spend two weeks totally alone quarantining in a government hotel, but once I was in Seoul things were a lot more open than in the UK because they had had far fewer cases of the virus. So the whole thing was very dynamic and everyone was really welcoming. 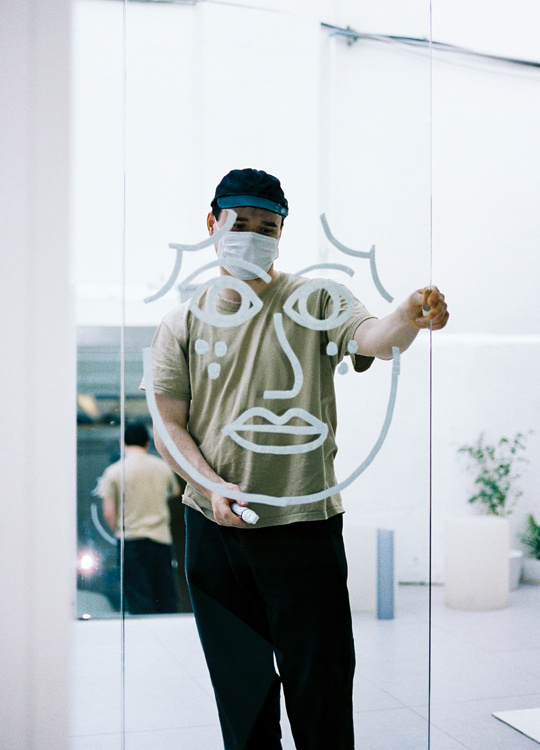 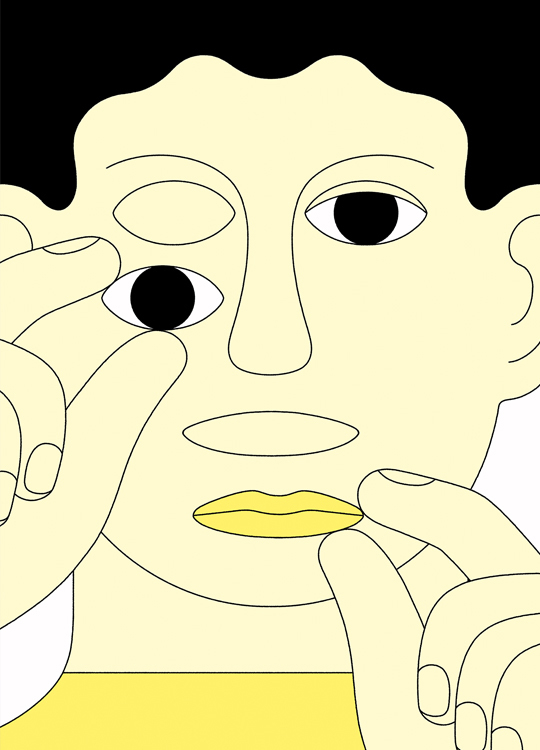 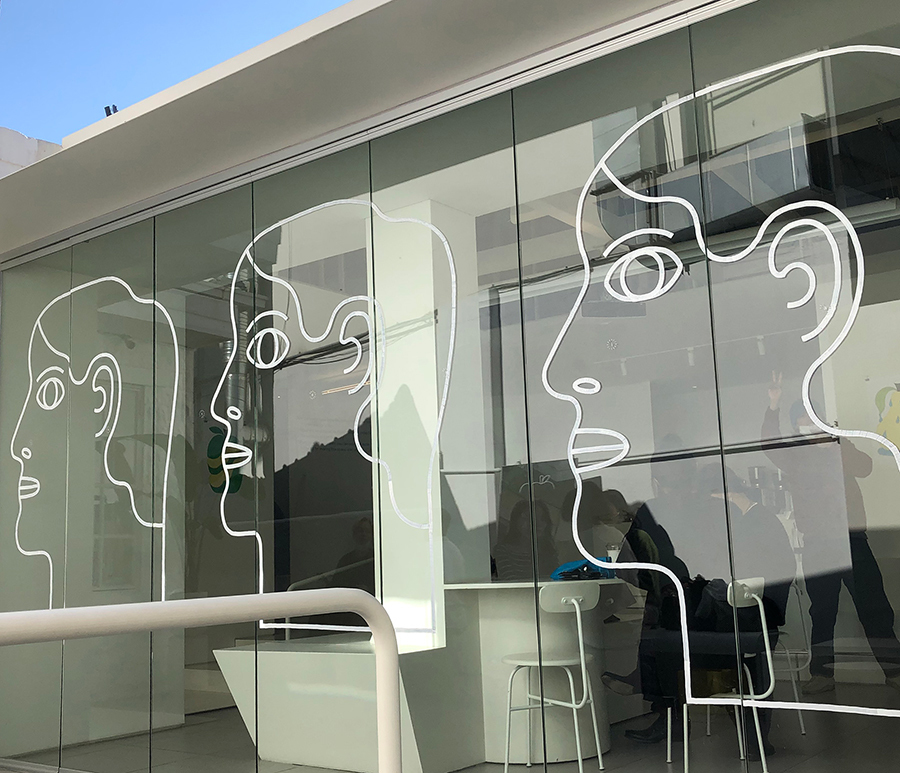 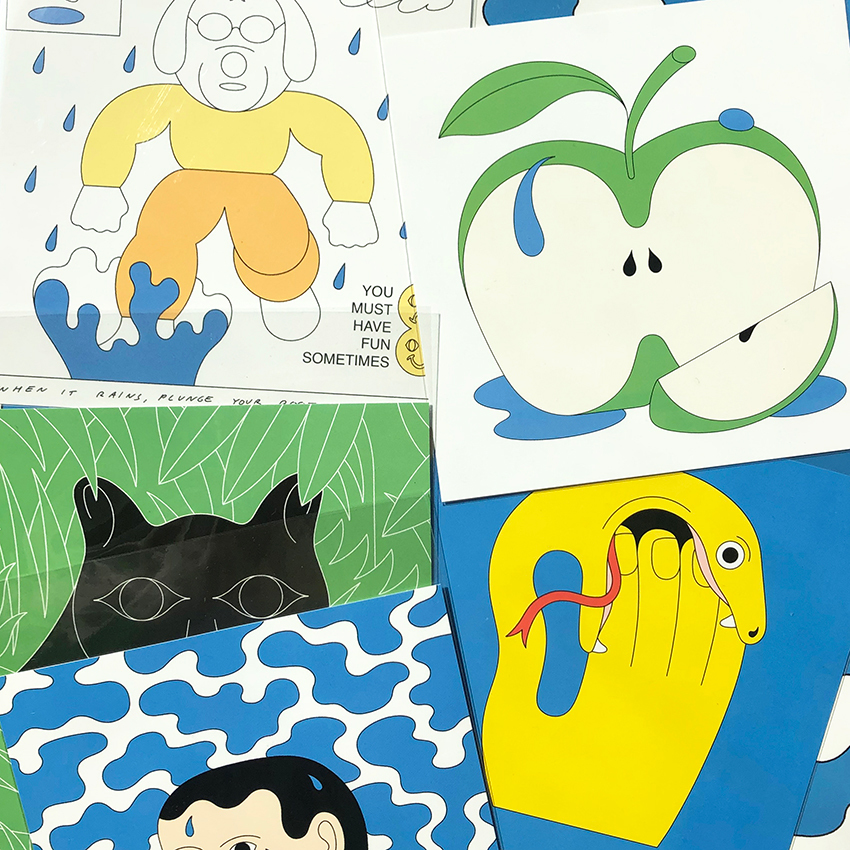 Have you discovered anything cool recently that has changed the way you approach your work, or any new inspirations?
I can’t put my finger on what’s inspiring me at the moment, but I do feel like drawing. And I’m still often drawing apples. One thing I’ve switched up is the kind of sketchbooks I work in. I’ve been drawing in gridded or lined sketchbooks for the last five years or so. I recently got a bigger one with no lines in it, so we’ll see if that changes anything!

And can you tell us about some recent client work you've especially enjoyed?
I just finished getting things together for a pop-up shop at Lotte World Mall in Seoul, which is part of an exhibition called Street Noise. We made lots of bits for it, like prints, stickers, and cups. We also made a rubber stamp with a dog print on it. There is something very pleasing about rubber stamps!

I also did some designs recently for a restaurant that’s opening in Vienna soon, so I’m looking forward to seeing how that comes together. Other recent works are still under wraps for now. 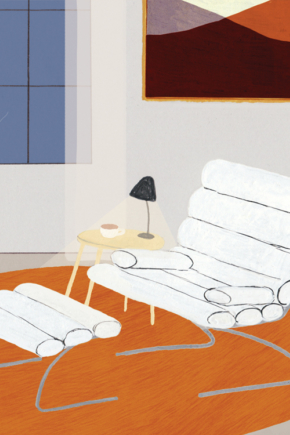